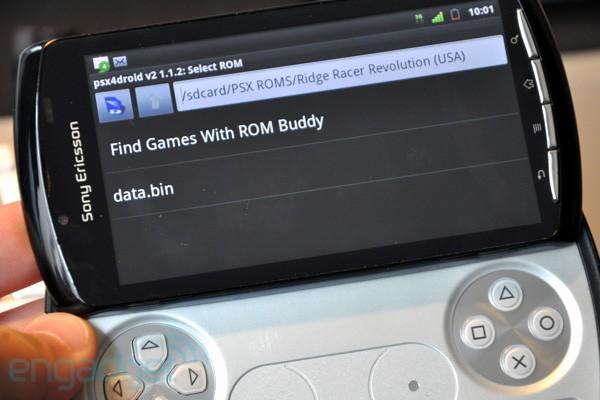 It's been one week since Google pulled the PSX4Droid emulator from the Android Market without warning, and today its lead developer has decided to take a stand -- ZodTTD's made a new version of the app free of charge, and is hosting it at his personal website as a downloadable APK. He now claims that not only did Google pull his app, the company has frozen his developer accounts, effectively restricting his ability to publish to (and profit from) the Android Market until this gets sorted out. We can't confirm his story at this point -- and we hear things may not be quite as cut-and-dried as he claims -- but we can tell you that if you happen to have a legally-obtained PlayStation BIOS and ROMs sitting around, you're only a few clicks away from being able to use them on your Android phone. Not a bad deal, eh?

[Thanks to everyone who sent this in]
In this article: Android, Android Market, AndroidMarket, app, apps, download, emulator, free, Google, open source, OpenSource, PlayStation, PSX, PSX4Droid, ZodTTD
All products recommended by Engadget are selected by our editorial team, independent of our parent company. Some of our stories include affiliate links. If you buy something through one of these links, we may earn an affiliate commission.
Share
Tweet
Share