Latest in Back pack 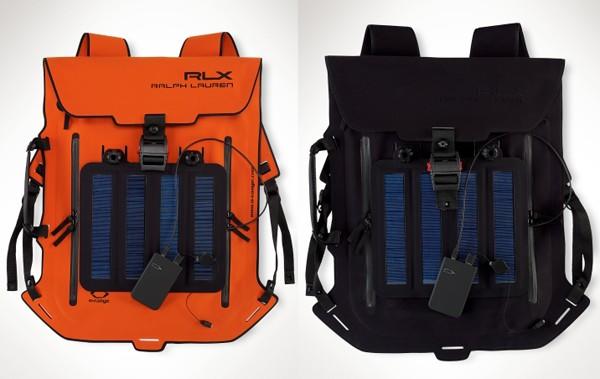 We here at Engadget are in favor of hitting the books from time to time, but we can't have lame gadget-less backpacks hurting our true techie rep. That's why we're excited to see Ralph Lauren outing its first solar-equipped knapsack as part of its RLX sports line. Four solar cells around back harness the sun's power to generate 3.45 watts -- completely juicing up an iPhone in a purported two-to-three hours, assuming you've got "proper sunlight orientation," of course. Like the optional orange hue (it also comes in black), the sun-sucking cells aren't particularly low profile -- but for $800 don't you want something, uh, recognizable? Still, if you simply must be that guy be sure to hit the source link and don't look back, but for everyone else, might we recommend a portable USB charger for a little less coin?
In this article: back pack, backpack, backpacks, charge, charger, knapsack, polo, polo ralph lauren, PoloRalphLauren, ralph lauren, RalphLauren, rlx, solar, solar cell, solar charge, solar charging, SolarCell, SolarCharge, SolarCharging
All products recommended by Engadget are selected by our editorial team, independent of our parent company. Some of our stories include affiliate links. If you buy something through one of these links, we may earn an affiliate commission.
Share
Tweet
Share