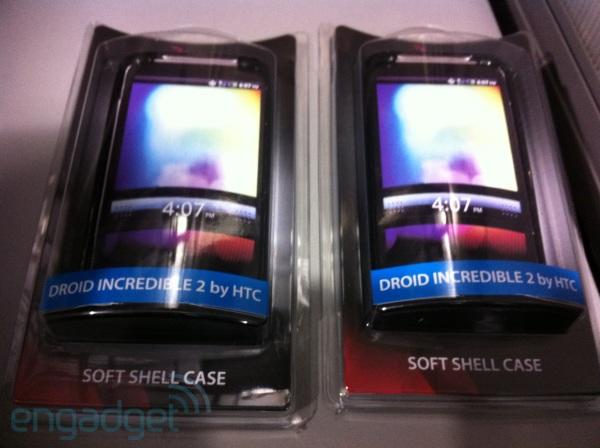 If you'd been crushing hard on HTC's Incredible, cool that burning desire just a smidgen -- we've got evidence that suggests an imminent release of the Droid Incredible 2. Following its appearance in Verizon's internal system and leaked training docs, Best Buy has begun receiving accessories for the re-purposed Incredible S, ensuring you'll have all the requisite goodies at launch. Additionally, the folks at Droid Life report Verizon stores are receiving retail shipments of the device, along with Casio's G'zOne Commando. The expected release date is April 28th, so it looks like you'll be playing with those capacitive buttons soon enough. We've included a pic of the retail box after the break, and you'll find additional snapshots in the source link.