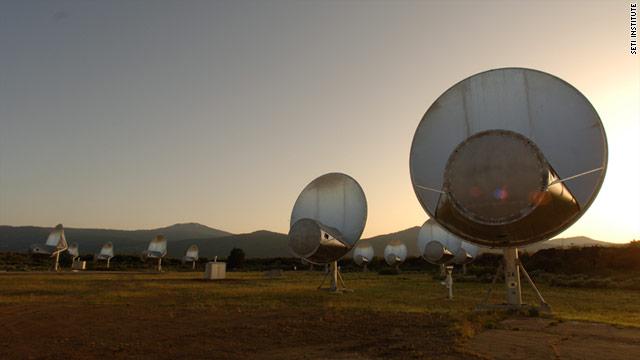 Our progress toward intergalactic fellowship has suffered another blow, as SETI suspended operations of its Allen Telescope Array. Funded by Microsoft co-founder Paul Allen, the array is a collection of radio dishes that scan the skies for signs of life; now it'll be in "hibernation" mode until 2013, when the institute's new round of funding begins. SETI hopes to raise $5 million to bring the Array back online before then, while it continues to use other telescopes around the world, including the Hubble Space Telescope. The budget woes are especially bitter given the number of recently identified alien planets – NASA's Kepler mission found 1,235. If any of them are broadcasting the next Wow! signal, let's hope it doesn't fall on deaf earthling ears.
In this article: alien, alien life, AlienLife, aliens, e.t., Extraterrestrial, extraterrestrial life, ExtraterrestrialLife, hubble, hubble telescope, HubbleTelescope, kepler, life, NASA, paul allen, PaulAllen, research, seti, space, space exploration, SpaceExploration, WowSignal
All products recommended by Engadget are selected by our editorial team, independent of our parent company. Some of our stories include affiliate links. If you buy something through one of these links, we may earn an affiliate commission.
Share
Tweet
Share