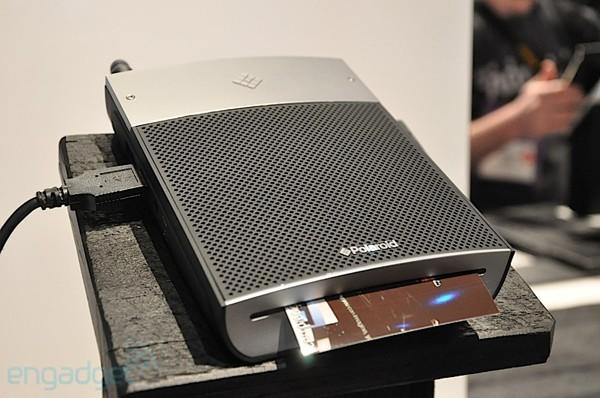 So you still can't stun 'em in a pair of Haus of Gaga-designed camera glasses, but the Polaroid GL10 instant mobile printer is now officially available for pre-order -- and rumored to be making an early debut in the men's accessories section at Bloomingdale's in NYC. The first of the pop star's Grey Label devices to make it to market, the GL10 connects wirelessly via Bluetooth to smartphones (including Android, Blackberry, and Windows phones) and via USB to computers and digital cameras. The little thing weighs 15 ounces, prints 3 x 4-inch classic Polaroid-style or full bleed prints, and boasts a Li-ion battery apparently capable of spitting out 35 photos per charge. Now you can make a real gallery of all those "this is my lunch" pictures you've been forcing on your Facebook friends for the past few years -- that is, if you're willing to drop $170 for a surprisingly understated celebrity-backed photo printer.
In this article: digital photography, DigitalPhotography, Gaga, GL10, Grey Label, GreyLabel, instant photography, instant printer, InstantPhotography, InstantPrinter, Lady Gaga, LadyGaga, mobile printer, MobilePrinter, photo, photo printer, photography, PhotoPrinter, photos, polaroid, polaroid GL10, Polaroid Grey Label, PolaroidGl10, PolaroidGreyLabel, printer
All products recommended by Engadget are selected by our editorial team, independent of our parent company. Some of our stories include affiliate links. If you buy something through one of these links, we may earn an affiliate commission.
Share
Tweet
Share