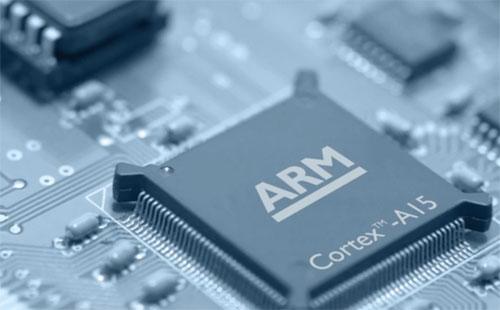 We've already heard rumors that chip designer ARM has been trying to get its wares into the Macbook Air. While we can't add anything to that particular story, we do have further evidence that ARM is going beyond smartphones and tablets in order to target bigger form factors. The company's president, Tudor Brown, has just appeared at Computex to declare that ARM wants to conquer the "mobile PC market", where the company currently only has a 10 percent share. He's aiming for 15 percent by the end of this year, and an Intel-provoking 50 percent by 2015. "Mobile PC" is a pretty ambiguous category, but we think it's safe to assume the focus is on low- and mid-power netbooks and ultraportables. Such devices could potentially run off ARM's forthcoming multi-core chips -- like perhaps the quad-core beast inside NVIDIA's mind-blowing Kal-El processor, or the more distant Cortex-A15. It's hard to imagine these tablet-centric chips ever competing with Intel's top performers, but four years is a mighty long time in this business.
In this article: a15, ARM, arm cortex, ARM Cortex A15, arm cortex-a15, arm holdings, ARM processor, ArmCortex, ArmCortex-a15, ArmCortexA15, ArmHoldings, ArmProcessor, chip, computex, computex 2011, Computex2011, cortex, Cortex A15, cortex-a15, CortexA15, forecast, low-powered chips, Low-poweredChips, mobile pc, mobile processor, MobilePc, MobileProcessor, multi-core, multicore, processor, processor speed, ProcessorArchitecture, ProcessorSpeed, projection, quad-cablecard, QuadCore, smartphone, smartphones, tablet, tablets, tudor brown, TudorBrown
All products recommended by Engadget are selected by our editorial team, independent of our parent company. Some of our stories include affiliate links. If you buy something through one of these links, we may earn an affiliate commission.
Share
Tweet
Share