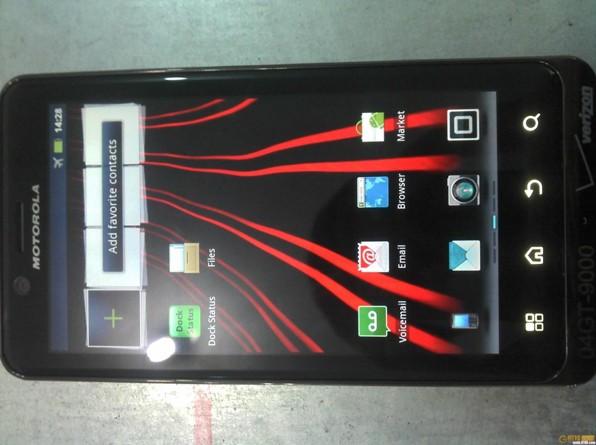 Since Motorola delayed the launch of the LTE-equipped Droid Bionic to carry out "several enhancements," we've debated if this might entail swapping out Tegra 2 in favor of a PowerVR GPU. But now leaked photos are starting to surface, and it would seem that Motorola went and redesigned the body, too. These pics reveal a phone what might be a 4.5-inch qHD display running Gingerbread -- not the 4.3-incher with Froyo that was originally slated to ship this spring. Even more intriguing, the revamped handset sports an Atrix-like docking connection, suggesting that new and improved user experience will include the option of a so-called lapdock. And, as an added flourish, Motorola smoothed out the rubberized back cover, nixing the pattern it had at CES. No further word on a launch date, but for now you can get your fill of spy shots at the source link.

In this article: 4.5-inch, 4G, Android, Android phone, AndroidPhone, Bionic, delay, docking, Droid, Droid Bionic, DroidBionic, improvements, in the wild, InTheWild, lapdock, leak, LTE, Motorola, redesign, Verizon, Verizon Wireless, VerizonWireless
All products recommended by Engadget are selected by our editorial team, independent of our parent company. Some of our stories include affiliate links. If you buy something through one of these links, we may earn an affiliate commission.
Share
Tweet
Share