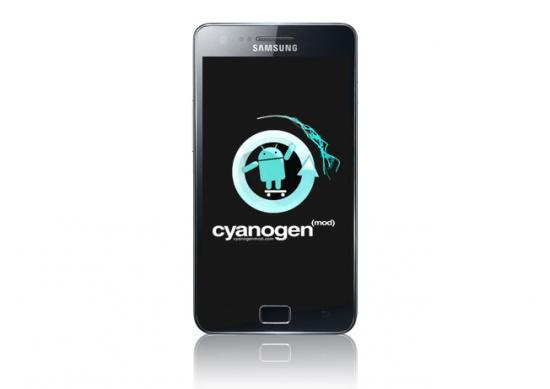 Let's see if we're grokking this: Samsung is not only telling the dev community it's okay to place custom ROMs on its flagship device, it's actually encouraging the practice by handing out free phones? Atinm, the developer responsible for prepping CyanogenMod on the Captivate and Vibrant, took to Twitter to praise the manufacturer for sending him a free Galaxy S II. From the looks of it, Samsung sent the phone to a select number of devs intent on building an official release of CM7 for the GSII. Unlocking bootloaders has already become the new fancy with manufacturers like HTC, Motorola, and Sony Ericsson jumping on the bandwagon, but this is the first time we've heard of a company doling out free devices to the custom ROM community. Does this mean that, instead of enforcing TouchWiz with an iron fist, Samsung is looking at how this practice could actually benefit consumers? We doubt this will be the case for all of the company's future Android phones, but wouldn't you love to live in a world where it was?

Update: As it turns out, this was not the first time a free device has been handed out to the CyanogenMod community. It's been done at least once before, when T-Mobile gave out a G-Slate in April.
In this article: android, android rom, AndroidRom, bootloaders, cm7, custom ROM, CustomRom, cyanogen mod, cyanogen mod 7, CyanogenMod, CyanogenMod7, dev, developers, devs, galaxy, galaxy s ii, GalaxySIi, ROM, roms, samsung, unlocked bootloaders, UnlockedBootloaders
All products recommended by Engadget are selected by our editorial team, independent of our parent company. Some of our stories include affiliate links. If you buy something through one of these links, we may earn an affiliate commission.
Share
Tweet
Share