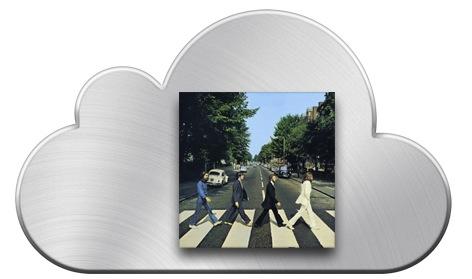 Music collectors in the US will be able to subscribe to Apple's iTunes Match service this fall, but it looks like our friends across the pond will have to wait a little longer before lofting their libraries up to the cloud. According to sources within the British recording industry, licensing negotiations between Apple and the country's major labels have only just begun and likely won't be concluded until 2012. A spokesman for the Performing Right Society, an organization that protects the rights of musicians and songwriters, likened the situation to the launch of iTunes, which only spread to international markets some 14 months after launching in the US. Speaking to the Telegraph, Forrester Research vice president Mark Mulligan echoed these predictions, while offering some insight into the industry's approach:

"Apple's cloud music service will not launch in the UK until at least quarter one of 2012. These types of negotiations take a long time... For one thing the UK arms of all the major record labels are biding their time and waiting to see how the service affects download sales in the US before they sign up to anything."

Neither Apple nor any of the major labels have commented on the negotiations, but if things drag on we'd be willing to share our cloudy iTunes in exchange for a crack at Spotify.

In this article: 2012, agreement, apple, britain, business, cloud, icloud, itunes, itunes in the cloud, itunes match, ItunesInTheCloud, ItunesMatch, label, licensing, music, negotiations, Performing Right Society, PerformingRightSociety, PRS, record, record labels, recording industry, RecordingIndustry, RecordLabels, uk
All products recommended by Engadget are selected by our editorial team, independent of our parent company. Some of our stories include affiliate links. If you buy something through one of these links, we may earn an affiliate commission.
Share
Tweet
Share