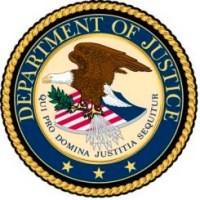 It looks like Google will be able to bid on Nortel's patent portfolio after all, now that the Department of Justice has weighed in on the matter. According to the Wall Street Journal, El Goog's $900 million bid has passed a governmental antitrust review, just a few days ahead of next week's auction. Rivals like Microsoft, AT&T and Verizon had previously filed complaints with the DOJ, arguing that the sale of Nortel's 6,000 patents would give an unfair advantage to the auction's winner by providing it with a fresh arsenal for patent-infringement lawsuits. Google, however, claims it needs the portfolio to defend itself against legal challenges, since it has comparatively few patents to its name. The DOJ apparently sees nothing illegal with this argument, having determined that singular ownership of Nortel's intellectual property would pose no threat to market competition. This is obviously music to Google's ears, but the battle isn't over yet. Sources tell the Journal that both RIM and Apple are interested in filing their own bids for the patents, and have already begun discussing the matter with the Justice Department. None of the companies involved have commented on the story, but it'll all go down on June 20th, when the auction finally gets underway.