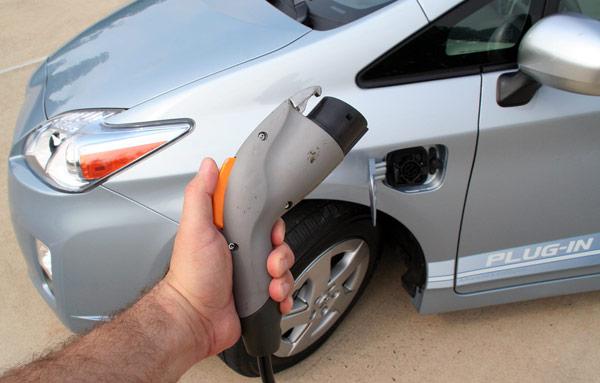 We already know to expect Toyota's Entune infotainment system in the dash of the 2012 Prius, but the hybrid's monster EV batteries will be powering much more than a touchscreen and apps. According to ConsumerSearch, next year's plug-in vehicle will include two new features aimed at improving the car's electric-only range for local driving, especially when your commute also includes a trip down the freeway. The first improvement comes in the form of an EV mode button, allowing you to turn off EV for highway driving, which tends to drain those batts faster than a Thunderbolt in Hotspot mode. The Prius will also offer full battery regeneration, so power-off activities like braking and driving downhill will restore the hybrid's EV-only range -- especially helpful if you live in a hilly area or tend to make frequent stops. Both new features should have a fairly significant impact on efficiency, so you'll soon be able to drive further in the city without tapping a single drop of crude.

In this article: car, cars, consumersearch, consumersearch.com, electric car, electric vehicle, ElectricCar, ElectricVehicle, ev, hybrid, hybrid car, HybridCar, plug in, plug-in hybrid, Plug-inHybrid, PlugIn, prius, prius v, PriusV, toyota, toyota prius, toyota prius v, ToyotaPrius, ToyotaPriusV
All products recommended by Engadget are selected by our editorial team, independent of our parent company. Some of our stories include affiliate links. If you buy something through one of these links, we may earn an affiliate commission.
Share
Tweet
Share