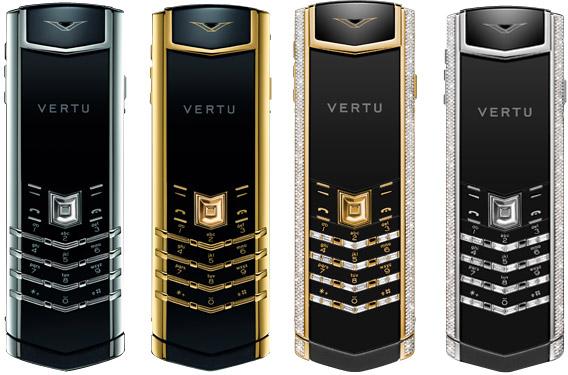 It may not feature GPS, an accelerometer, or even a camera, but if you've run out of disposable items to encrust with jewels, then Vertu's Precious -- the latest revision to its aging Signature lineup -- may be the mobile phone for you. While its basic array of quadband GSM, 2100 / 850 MHz 3G, Bluetooth and WiFi may seem a touch modest, varieties come slathered in platinum, three types of gold (yellow, white and red), leather, ceramic, and enough jewels to make Her Majesty blush. Its face, known as the "sea of sapphire," is mostly obscured (save for the OLED display), but you high rollers can take comfort knowing it spent more than two weeks in a 2000°C oven to appease your discerning taste. Also hidden are 4.75 carats of ruby bearings, which are said to give the keys a frictionless, satisfying click. The ring tones are exclusive compositions by Dario Marianelli and performed by the London Symphony Orchestra -- though we were bigger fans before they sold out. For a quick glimpse of how the Precious comes together gem by gem, just follow the break. There's no word on pricing or availability, but if you're considering putting up your first born as collateral, you might want to reconsider this cringe-worthy creation.

In this article: 3g, bluetooth, diamond, diamonds, expensive, gaudy, gold, leather, luxury, mobile, nokia, oled, platinum, precious, premium, s40, sapphire, series 40, Series40, signature, signature precious, SignaturePrecious, vertu, Vertu Signature, VertuSignature, wifi
All products recommended by Engadget are selected by our editorial team, independent of our parent company. Some of our stories include affiliate links. If you buy something through one of these links, we may earn an affiliate commission.
Share
Tweet
Share