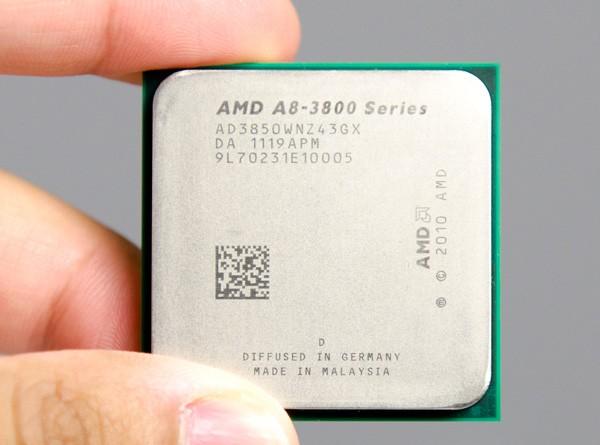 AMD is due to release a batch of new Llano APUs next month that are specifically tailored to desktops rather than laptops. The most powerful among them will be the 2.9GHz A8-3850, which has already caused a stir on the review circuit for one simple reason: it pulls off a brutal "one shot one kill" on Intel's HD 3000 integrated graphics. AnandTech raised an impressed eyebrow at the fact that all its benchmarking games were playable on the $135 AMD chip, which roughly doubled frame rates in titles like Modern Warfare 2, Bioshock 2 and World of Warcraft compared to the more expensive Sandy Bridge i5 2500K. TechSpot declared the APU its "new budget king," with graphical performance "on another level" compared even to an i7.

However, the superlatives quickly evaporated once reviewers shifted their focus to the CPU. TechReport spotted that pure CPU performance per dollar was actually lower than what you'd get from a lowly i3. Moreover, it reckoned you'd only have to spend an extra $70 to buy a much more powerful CPU and a separate graphics card -- an option that comes "awfully close to making the A8-3850 seem irrelevant." Ouch. Nevertheless, if an affordable processor with integrated graphics is what you're after, then it's fair to say this one sets the standard. Click the source links below for full reviews.
In this article: A8-3850, Accelerated Processing Unit, AcceleratedProcessingUnit, all-in-one, AMD, AMD A8-3850, AMD Llano, AMD Llano A8-3850, AmdA8-3850, AmdLlano, AmdLlanoA8-3850, apu, benchmark, benchmarks, CPU, DIY, entry-level, fusion, fusion apu, FusionApu, gaming, gaming pc, gaming rig, GamingPc, GamingRig, GPU, HD 3000, Hd3000, htpc, integrated, integrated graphics, IntegratedGraphics, Intel HD 3000, IntelHd3000, llano, Llano A8-3850, llano fusion apu, LlanoA8-3850, LlanoFusionApu, media pc, MediaPc, processor, processor speed, ProcessorSpeed, review, review round-up, review roundup, ReviewRound-up, ReviewRoundup, reviews, rig, speed
All products recommended by Engadget are selected by our editorial team, independent of our parent company. Some of our stories include affiliate links. If you buy something through one of these links, we may earn an affiliate commission.
Share
Tweet
Share