Verizon becomes first US carrier to offer roaming in Cuba

Is Apple avoiding taxes in the UK? 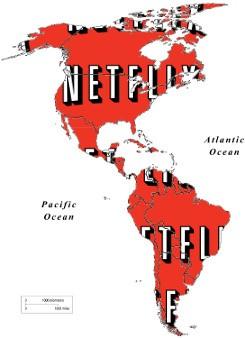 Soon enough, most of the western hemisphere will be able to enjoy Netflix Watch Instantly without the need for proxies and work-arounds. Later this year the company will add 43 countries in Central and South America, and the Caribbean to its list of supported locales. It will also wrap up its North American expansion by streaming flicks into the heart of Mexico. When exactly folks in Brazil and Trinidad will be able to sign up, and how much it will cost when it launches are still up in the air at the moment. One thing is certain though -- while Hulu is striking deals with the likes of Miramax and the Criterion Collection to bolster its library of feature length films, Netflix is building a global empire.

In this article: caribbean, central america, CentralAmerica, latin america, LatinAmerica, mexico, netflix, netflix streaming, netflix watch instantly, NetflixStreaming, NetflixWatchInstantly, south america, SouthAmerica, streaming, streaming media, StreamingMedia
All products recommended by Engadget are selected by our editorial team, independent of our parent company. Some of our stories include affiliate links. If you buy something through one of these links, we may earn an affiliate commission.
Share
Tweet
Share