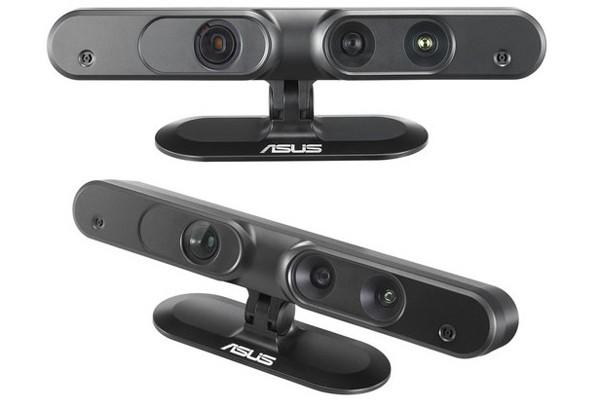 Remember the Xtion Pro and Wavi Xtion motion sensors that ASUS showed off at CES? Well, fast-forward six months and there's already an updated model on the market: the Windows- and Linux-compatible Xtion Pro Live. The new version complements the original's IR and depth sensors with a Kinect-like VGA webcam and a pair of microphones, while also jacking up the bill to a distinctly un-Kinect-like 175 Euros ($300). That price tag won't make us shift our living room furniture around anytime soon, especially since Kinect is already officially heading to the PC. However, that isn't really the point: the Pro Live edition is primarily meant to help developers design better games and apps for the more consumer-focused but as yet unreleased Wavi. Soon as they develop a game that rewards rather than punishes us for dancing like Tina Turner, we'll be right there.

[Thanks, TheLostSwede]
In this article: asus, asus xtion pro, asus xtion pro live, AsusXtionPro, AsusXtionProLive, kinect, motion, motion sensor, MotionSensor, primesense, wavi xtion, WaviXtion, webcam, xtion, xtion pro, xtion pro live, XtionPro, XtionProLive
All products recommended by Engadget are selected by our editorial team, independent of our parent company. Some of our stories include affiliate links. If you buy something through one of these links, we may earn an affiliate commission.
Share
Tweet
Share