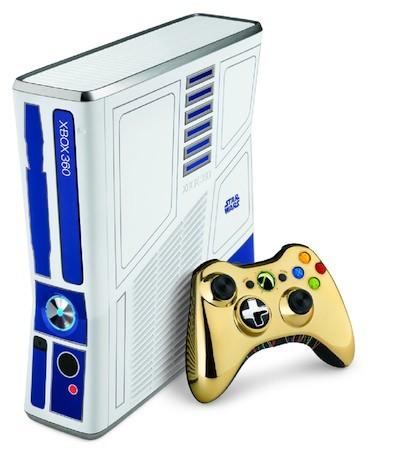 Yes, that's an R2-D2-themed Xbox 360 and accompanying gold C-3PO controller, which are both part of a new Star Wars Kinect bundle that Microsoft officially announced at Comic-Con today. Also included in the bundle is a matching white Kinect sensor, as well as a 320GB hard drive, and both the Star Wars Kinect and Kinect Adventures games -- all for $449. Did we mention it also has some custom console sounds? Look for it to land in the fall, with pre-orders starting today. Check out the gallery below for a closer look. 17
In this article: bundle, kinect, microsoft, star wars, star wars kinect, StarWars, StarWarsKinect, xbox, xbox 360, Xbox360
All products recommended by Engadget are selected by our editorial team, independent of our parent company. Some of our stories include affiliate links. If you buy something through one of these links, we may earn an affiliate commission.
Share
Tweet
Share