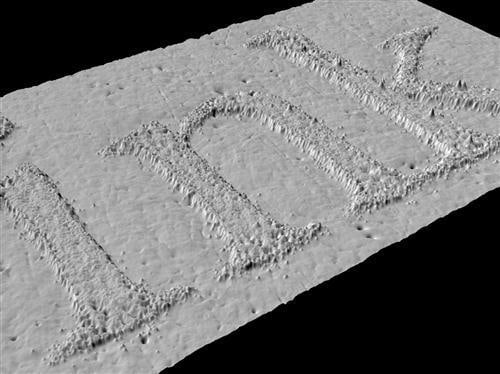 Remember those awesome pin art toys where you could press your hand (or face) into the pins to leaving a lasting impression? Researchers at MIT have taken the idea one (or two) steps further with "GelSight," a hunk of synthetic rubber that creates a detailed computer visualized image of whatever surface you press it against. It works as such: push the reflective side of the gummy against an object (they chose a chicken feather and a $20 bill) and the camera on the other end will capture a 3-D image of the microscopic surface structure. Originally designed as robot "skin," researchers realized the tool could be used in applications from criminal forensics (think bullets and fingerprints) to dermatology. The Coke can-sized machine is so sensitive, it can capture surface subtleties as small as one by two micrometer in surface -- finally solving the mystery of who stole the cookies from the cookie jar. (Hint: we know it was you Velvet Sledgehammer).

In this article: 3D, 3D models, 3dModels, articial intelligence, artificial intelligence, Artificial Intelligence Laboratory, ArtificialIntelligence, ArtificialIntelligenceLaboratory, forensics, massachussetts institute of technology, MassachussettsInstituteOfTechnology, medical, microscope, microscopes, microscropic, mit, robot, robots, rubber, siggraph, siggraph 2011, Siggraph2011, synthetic
All products recommended by Engadget are selected by our editorial team, independent of our parent company. Some of our stories include affiliate links. If you buy something through one of these links, we may earn an affiliate commission.
Share
Tweet
Share