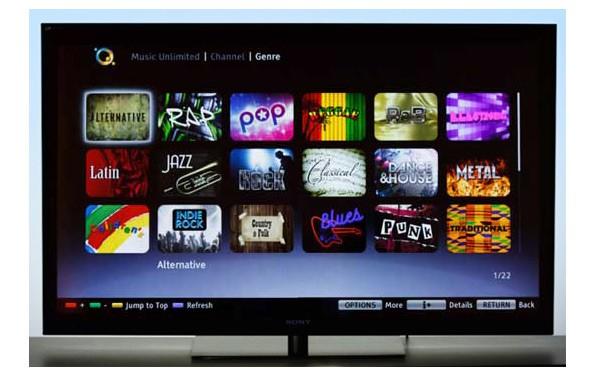 For those that haven't yet gone down the iFaithful portable media player route, there's always the Walkman. Sony officially unveiled updates to its A, S and E series line of players just last month, and now plans to dole out a free trial of Music Unlimited to owners of the NWZ-A860, S760BT and E460 when they go on sale this September. The streaming service, formerly known as Qriocity, brings with it a catalog of over 10 million songs and will be available gratis for 180 days, after which it'll run you $3.99/mo for basic service and $9.99/mo for the premium offering. It might be too late in the game for the company to wrestle back the portable audio crown but, hey, you can't fault it for trying to sweeten the MP3-playing pot. Official PR awaits you after the break.
Show full PR text
Music Unlimited™ will be available on Sony® Walkman® MP3 Players

WHY:
Music Unlimited service on the Walkman NWZ-A860, S760BT and E460 will allow music lovers to easily download all their favorite songs instantly. Additionally, the Walkman MP3 players each deliver premium sound, a sophisticated design and enhanced features to satisfy any music lover.

The three new Walkman models share a sleek new design and include enhanced features such as Media Go™ software to easily transfer music, videos, and photos to your Walkman player. Users can drag and drop unsecured data from iTunes® for Windows®, Windows Media Player or Windows Explorer.

All three new models also feature Sony's exclusive Clear Audio Technologies for superior sound quality and include a Karaoke Mode, bookmarking with multiple playlists and a language learning function. Users can also create channels with the SensMe™ feature, which keeps your music in tune with your mood by automatically categorizing your music tracks into different channels. The synchronized lyric feature allows users to load .lrc files for songs and set the lyrics to scroll by in sync to the music. Built-in voice recording uses the integrated microphone and adjustable bit rate to make the voice recording function easy to use. Multiple high-quality audio and video formats are supported by all three new models, giving users more freedom to download the files they want.