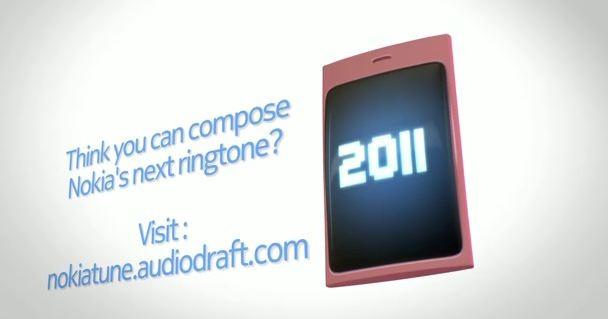 On the streets, in crowded restaurants, and even in movies, you've likely heard the same song ad nauseam for the last seventeen years: the rockin' default ringtone used on virtually every Nokia device since 1994. And while it's evolved over the years, Espoo's always taken upon itself to choose the next version of the iconic tune. For the next iteration, however, the company is leaving it up to you to be the creative genius, and is offering a reward of $10,000 for the best one. Five submissions will be chosen as runner-ups, each getting their entry offered in the Ovi store as well as a smaller cash prize for their efforts. So if you've always wanted to hear your own creation blasting out of millions of phones each and every day, now's your chance -- you have until October 2nd to get that spark of musical innovation.

In this article: contest, contests, mobilepostmini, nokia, nokia tone, NokiaTone, ringtone, tune, video
All products recommended by Engadget are selected by our editorial team, independent of our parent company. Some of our stories include affiliate links. If you buy something through one of these links, we may earn an affiliate commission.
Share
Tweet
Share