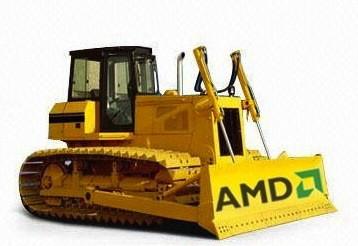 AMD's Interlagos, its server-styled Bulldozer chip -- Mr. Opteron 6200 to you and me -- is being pushed out to retailers and OEMs ready for an October launch. AMD is calling it the first 16-core x86 processor, although as we know from the required reading, it has eight two-core shared modules rather than 16 independent ones. The chips are compatible with Socket G34 motherboards, but most of this first production run will go straight into supercomputer projects. AMD remains mute on progress of the consumer-level Zambezi, but rumors are that the company can't clock it fast enough to compete with Intel's Core i7 -- the very class that Bulldozer was designed to bury.

Today, AMD (NYSE: AMD) announced revenue shipments of the first processors based on its new x86 "Bulldozer" architecture. Initial production of the world's first 16-core x86 processor, codenamed "Interlagos," began in August and shipping to customers is already underway. Compatible with existing AMD OpteronTM 6100 Series platforms and infrastructure, "Interlagos" is expected to launch and be available in partner systems in the fourth quarter of this year. Many of the initial shipments have been earmarked for large custom supercomputer installations that are now underway.

"This is a monumental moment for the industry as this first 'Bulldozer' core represents the beginning of unprecedented performance scaling for x86 CPUs," said Rick Bergman, senior vice president and general manager, AMD Products Group. "The flexible new 'Bulldozer' architecture will give Web and datacenter customers the scalability they need to handle emerging cloud and virtualization workloads."
About AMD