PlayBook controlled robo-buggy can see you smiling at it (video) 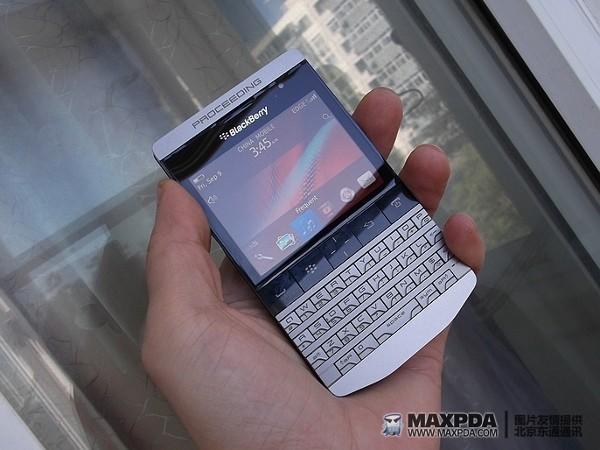 Whoever got a hold of this device over at MaxPDA seems to think it's the BlackBerry Bold 9980. We're more inclined to believe it's a prototype of the still reasonably fresh 9900, given that it sports the same battery as well as the same layout for ports, sensors and buttons. But who knows, it could also just be an elaborate KIRF. Whatever it is though, it sure is interesting looking (to put it politely). It's boxy, sports sharp lines, an out-of-character silver front and a black, textured back plate. Oddest of all though, is the word "proceeding" emblazoned in large letters across the top of the device. We've got one more pic after the break but, if that doesn't quench your thirst, there's tons more at the source link.

Update: We've just spoken to the Bejing-based source of this eccentric handset, and it turns out that he's already sold three of these prototypes for an undisclosed price. Furthermore, the seller claims that this "9980" will actually be making its way to the market in a limited quantity once it gets the diamond treatment -- hopefully something slightly more subtle than Stuart Hughes' offerings.

In this article: 9900, 9980, blackberry, blackberry bold 9900, blackberry bold 9980, BlackberryBold9900, BlackberryBold9980, bold 9900, bold 9980, Bold9900, Bold9980, mobilepostmini, mystery, prototype, Research In Motion, ResearchInMotion, RIM
All products recommended by Engadget are selected by our editorial team, independent of our parent company. Some of our stories include affiliate links. If you buy something through one of these links, we may earn an affiliate commission.
Share
Tweet
Share