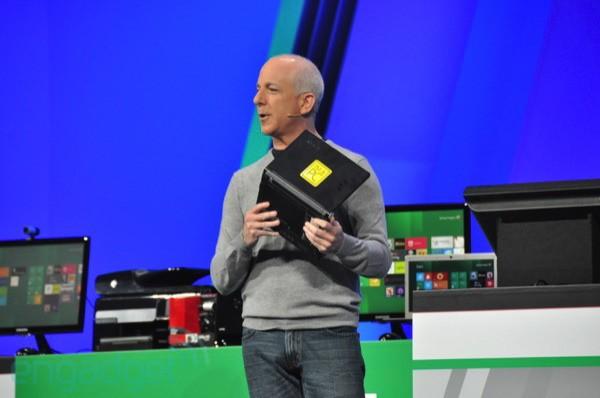 Curious what the minimum specifications for Windows 8 will be? As are we. Microsoft's remaining mum on specifics, but the outfit's Steven Sinofsky -- President of Windows and Windows Live -- just confessed during the opening Build 2011 keynote that an antediluvian Lenovo S10 was potent enough to run Windows 8. And in fact, it'll do so with more poise than with Windows 7. A brief demonstration explained that Win8 demanded fewer system resources (barely, but still) than Win7 on the same hardware, proving that an early-gen Atom CPU and 1GB of RAM is "enough" to run the outfit's upcoming operating system. We highly doubt it's enjoyable, but at least you (probably) won't be forced into an upgrade if you don't want to be. Have a gander at the actual numbers just after the break!

In this article: atom, breaking news, build, build 2011, Build2011, lenovo, Microsoft, netbook, operating system, OperatingSystem, os, performance, s10, software, win8, windows, windows 7, windows 8, Windows7, Windows8
All products recommended by Engadget are selected by our editorial team, independent of our parent company. Some of our stories include affiliate links. If you buy something through one of these links, we may earn an affiliate commission.
Share
Tweet
Share