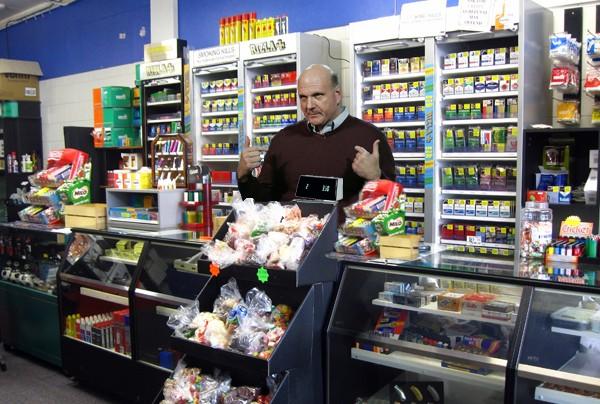 Microsoft's Steve Ballmer was his usual frank self when he met financial analysts yesterday, admitting that the world isn't yet as keen on Windows Phone as he'd hoped. To be precise, AllThingsD reported him as saying: "We haven't sold quite as many as I would have liked in the first year." His cunning plan? Well, that's easy: make it all Nokia's problem. Or, as he put it: "With Nokia we have a dedicated hardware partner that is all-in on Windows Phones." Indeed, the Finnish manufacturer has now staked far more than Microsoft on the success of this "third ecosystem" and, if its imminent Mango handsets fail to turn things around, we may eventually see Stephen Elop standing behind that silent cash register.
In this article: Ballmer, Elop, financial analysts, FinancialAnalysts, Microsoft, mobilepostcross, Nokia, sales, Stephen Elop, StephenElop, Steve Ballmer, SteveBallmer, Windows, Windows Phone, Windows Phone 7, WindowsPhone, WindowsPhone7, WP, WP7
All products recommended by Engadget are selected by our editorial team, independent of our parent company. Some of our stories include affiliate links. If you buy something through one of these links, we may earn an affiliate commission.
Share
Tweet
Share