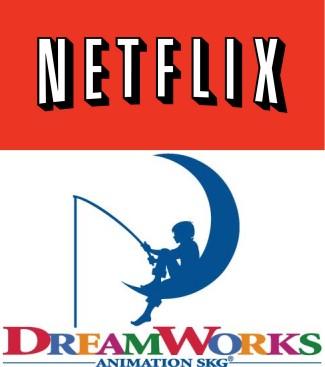 It looks like those rumors of a streaming deal between Netflix and Dreamworks Animation were as good as advertised. Details are still fuzzy at this point, but the New York Times is reporting that the two parties have reached an agreement to stream Dreamworks' movies and TV projects, as part of a deal worth an estimated $30 million. Under the contract, which replaces a similar pay TV pact between Dreamworks and HBO, Netflix will begin offering exclusive access to the studio's new films in 2013, with Antz, Kung Fu Panda and other titles from its library slated to become available for streaming sometime thereafter. The company won't be confined to selling digital copies of Dreamworks' movies within a specific period, either, drawing a major distinction between itself and HBO, which requires studio partners to halt digital sales outside of an exclusive window. HBO probably isn't too thrilled to see Netflix strike what Dreamworks chief exec Jeffrey Katzenberg called a "game-changing deal," but it also has a new partnership of its own with Summit Studios, which it brought on board after letting Dreamworks out of its contract a full two years early. We're still waiting for official confirmation of Netflix's latest deal, but we'll let you know as soon as we get it.

Beginning with its 2013 feature films, new DreamWorks Animation titles will be made available for Netflix members to watch instantly in the pay TV window on multiple platforms, including television, tablet, computer, and mobile phones. Under the agreement, certain critically lauded and commercially successful DreamWorks Animation catalogue titles – including "Kung Fu Panda," "Madagascar 2," "Chicken Run" and "Antz," among others – will also be made available to Netflix members over time.

"DreamWorks Animation is one of the few family entertainment brands that really matters. The studio is brilliantly creative, technologically innovative and incredibly successful at making films and TV shows that delight people of all ages," said Ted Sarandos, Chief Content Officer of Netflix. "This agreement strengthens the lineup of great family content Netflix members will be able to watch instantly and also increases the number of hit first-run films we'll have available in the pay TV window."

"Netflix has emerged as an innovative brand with an impressive track record for attracting high-quality content providers to its service and we look forward to making DreamWorks Animation titles available to over 24 million Netflix members in the U.S.," said Jeffrey Katzenberg, Chief Executive Officer of DreamWorks Animation. "This arrangement allows us to get more value for our content while giving us a greater degree of flexibility in how we distribute it across multiple platforms in today's evolving digital world."

With more than 25 million members globally, Netflix, Inc. (Nasdaq: NFLX) is the world's leading Internet subscription service for enjoying movies and TV shows. For $7.99 a month, Netflix members can instantly watch unlimited movies and TV episodes streamed over the Internet to PCs, Macs and TVs. Among the large and expanding base of devices streaming from Netflix are Microsoft's Xbox 360, Nintendo's Wii and Sony's PS3. consoles; an array of Blu-ray disc players, Internet-connected TVs, home theater systems, digital video recorders and Internet video players; Apple's iPhone, iPad and iPod touch, as well as Apple TV and Google TV. In all, more than 700 devices that stream from Netflix are available in the U.S, Canada and Latin America.

This document includes certain forward-looking statements within the meaning of the Private Securities Litigation Reform Act of 1995. The Company's plans, prospects, strategies, proposals and our beliefs and expectations concerning performance of our current and future releases and anticipated talent, directors and storyline for our upcoming films and other projects, constitute forward-looking statements. These statements are based on current expectations, estimates, forecasts and projections about the industry in which we operate and management's beliefs and assumptions. These statements are not guarantees of future performance and involve risks, uncertainties and assumptions which are difficult to predict. Actual results may vary materially from those expressed or implied by the statements herein due to changes in economic, business, competitive, technological and/or regulatory factors, and other risks and uncertainties affecting the operation of the business of DreamWorks Animation SKG, Inc. These risks and uncertainties include: audience acceptance of our films, our dependence on the success of a limited number of releases each year, the increasing cost of producing and marketing feature films, piracy of motion pictures, the effect of rapid technological change or alternative forms of entertainment and our need to protect our proprietary technology and enhance or develop new technology. In addition, due to the uncertainties and risks involved in the development and production of animated feature projects, the release dates for the projects described in this document may be delayed. For a further list and description of such risks and uncertainties, see the reports filed by us with the Securities and Exchange Commission, including our most recent annual report on Form 10-K and our most recent quarterly reports on Form 10-Q. DreamWorks Animation is under no obligation to, and expressly disclaims any obligation to, update or alter its forward-looking statements, whether as a result of new information, future events, changes in assumptions or otherwise.