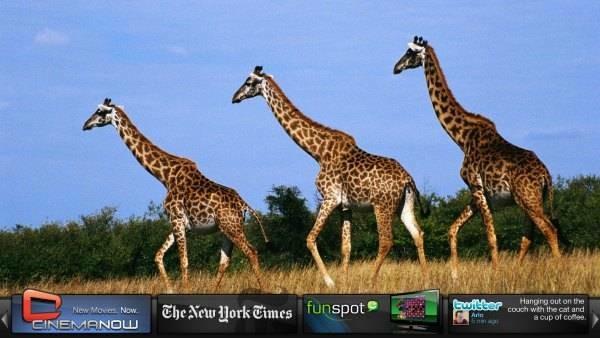 CinemaNow's movie library is about to get a bit larger and a good deal sharper, thanks to a new deal with Intel. Yesterday, the video on-demand service announced that it's now offering a slate of 1080p HD movies for the first time, available on PCs packing a second generation Intel Core CPU. According to the company, "several hundred" new releases and other popular films from 20th Century Fox and Warner Bros. have already been added to its library, in addition to the 15,000 movies and TV shows already on file. CinemaNow didn't offer an exact number of titles, nor did it provide names of any specific films, but you can stream through the entire press release for yourself, after the break.
Show full PR text
CinemaNow, Intel Give PCs a Front Row Seat to Growing, Secure Library of HD Movie Content

Previously, only standard-definition movies had been available from CinemaNow on the PC. CinemaNow has now added several hundred new releases and popular catalog titles in HD from 20th Century Fox1 and Warner Bros. Digital Distribution for people who have Intel Insider on their desktop, laptop or Ultrabook™. This is in addition to the 15,000 movies and TV episodes CinemaNow already boasts in its regular catalog. HD content offerings from CinemaNow and Intel Insider are expected to grow as more new releases and catalog titles are added weekly.

CinemaNow offers instant access to an extensive library of premium movie and TV content with no subscription required. Through the service, people can easily access video content on a wide range of Internet-connected devices.

Intel Insider technology is a feature of 2nd generation Intel Core processors that opens up a whole world of premium movies and entertainment right from a PC. Previously, much of the 1080p HD content had not been available on the PC due in part to content owner concerns about security. Intel Insider is a hardware-based protection technology that was designed to enhance security features in 2nd generation Intel Core processors, which is the fastest-shipping product in Intel history at over 75 million units shipped to date. With that, Intel Insider is available to an immense user base that continues to increase greatly by the day.

"We're thrilled to be among the first digital services to give customers the ability to watch full-HD content on the PC via the Intel Insider technology," said Chris Homeister, senior vice president and general manager for entertainment at Best Buy. "With the new technology, we have further expanded our service, therefore enabling more people to seamlessly enjoy high-definition content on more devices."

"Our collaboration with CinemaNow has resulted in making the computer an even more compelling platform for enjoying and delivering digital entertainment," said George Thangadurai, general manager of the PC Client Services Group at Intel. "Intel Insider has opened the doors for premium content on more devices, and we're looking forward to deploying this technology in next-generation Intel Core processor-based PCs1."

"The partnership with Intel and Best Buy's CinemaNow to bring HD digital downloads of our movies to the PC will expand our reach to millions of devices in the U.S. and potentially more around the world," said Mike Dunn, worldwide president, Twentieth Century Fox Home Entertainment.

"CinemaNow and Intel are making secure HD content distribution a reality on the personal computer, which is one of the most adaptable devices in the world," said Thomas Gewecke, president of Warner Bros. Digital Distribution. "We're delighted that consumers will be able to enjoy our latest movie releases on their PCs."
In this article: 1080p HD, 1080pHd, 20th century fox, 20thCenturyFox, best buy, BestBuy, cinemanow, CPU, desktop, film, HD, hdpostcross, intel, intel core, intel core i7, IntelCore, IntelCoreI7, laptop, movie, on demand, OnDemand, PC, roxio, second generation, SecondGeneration, streaming, TV show, TvShow, ultrabook, video on demand, VideoOnDemand, warner bros, WarnerBros
All products recommended by Engadget are selected by our editorial team, independent of our parent company. Some of our stories include affiliate links. If you buy something through one of these links, we may earn an affiliate commission.
Share
Tweet
Share