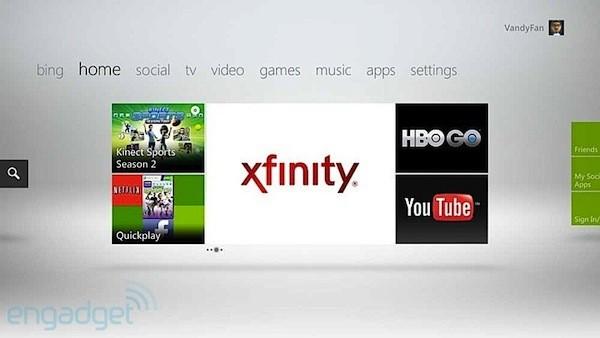 Don't expect Comcast to stop its Xfinity VOD streaming to the living room rollout with just the Xbox 360 this Christmas, as executive Sam Schwartz promised during a CTAM panel that it plans to develop apps for the PS3, Wii, Roku and other connected TV platforms. Multichannel News reports it doesn't plan to roll out streaming to as many platforms as Netflix, so we'll have to wait and see where this initial venture into IPTV stops. Think big cable is scared of over the top services? Maybe not yet, since Comcast claims Netflix subscribers tend to be the most voracious users of its VOD. Also in Comcast's future is its completely revamped Xcalibur guide software with internet and social media tie-ins (check out our early sneak peek here), which Schwartz reiterated would be available nationwide at some point next year.
In this article: cable, comcast, connected tv, ConnectedTv, ctam, dvr, guide, hdpostmini, iptv, ps3, roku, social, streaming, video on demand, VideoOnDemand, vod, wii, xbox 360, Xbox360, xcalibur, xfinity, xfinity tv, XfinityTv
All products recommended by Engadget are selected by our editorial team, independent of our parent company. Some of our stories include affiliate links. If you buy something through one of these links, we may earn an affiliate commission.
Share
Tweet
Share