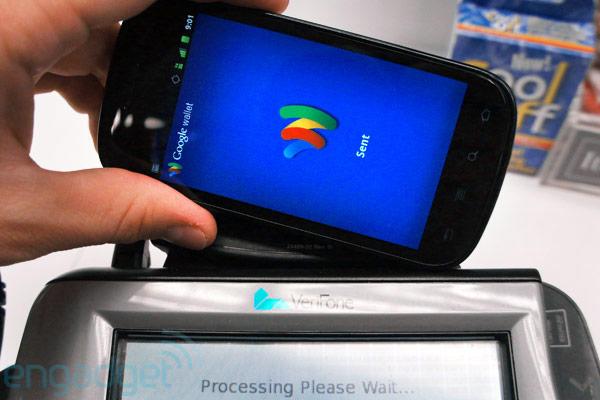 The perks of Google's Nexus S used to lie solely in its unadorned OS. Now, owners of its penultimate Android flagship are about to get some additional mileage out of their Gingerbread-bearing handsets, courtesy of that underused NFC chip. The recently awakened near field communication feature's already been put to public task by Google Wallet and participating merchants, and will now add NJ Transit to its list of contactless payment partners. Select locations throughout the Garden State's transportation network, including Penn Station and Newark Airport's AirTrain, will let owners of Sprint's Nexus S 4G tap-to-pay for tickets at windows and vending machines. Unfortunately, the mobile payment system won't replace your need for an actual physical ticket or monthly pass just yet, and requires you opt-in with either Citi Mastercard or Visa. Still, it's a definite boon for rushed commuters who'll no longer have to juggle their bags, bagels, coffee and phones in an effort to buy a ticket and make it to work on time. Not yet enabled via NFC? Tap-to-erase-spray tans, but that's coming in the Galaxy Nexus, right?
Show full PR text
NJ TRANSIT TO PARTNER WITH GOOGLE WALLET TO ENHANCE CUSTOMER EXPERIENCE VIA SMARTPHONE

"Our partnership with Google demonstrates that NJ TRANSIT and the State are at the forefront of emerging technology, paving the way for further exploration of new customer service technologies," said Governor Christie. "I'm proud that New Jersey's public transportation system is the very first public transportation agency to partner with Google Wallet, joining thousands of retailers accepting Wallet across the nation."

"We are putting the latest technology to work for our customers and improve the overall customer experience, which is one of the areas of focus of our Scorecard initiative," said NJ TRANSIT Executive Director James Weinstein. "By partnering with Google, we are leading the industry with emerging technologies that will streamline the way customers buy their transportation tickets."

"Transit has been a common element of every major successful NFC effort globally and is a critical component of Google Wallet's success," said Stephanie Tilenius, vice president of Commerce at Google. "Transit is the fastest way to accelerate adoption and reach usage density in major urban centers by habituating the behavior of tapping and paying with phones, and we're excited to launch our transit effort here with NJ TRANSIT."

Google Wallet is a free mobile app that transforms customers' smartphones into their wallets, making "tap and pay" transactions quick and convenient by storing virtual versions of users' credit cards on their phones. The technology uses "near field communication" (NFC), which enables wireless data transmission between two objects when they are brought in close proximity with one another. By making payments with a simple wave of their phone in front of a sensor, customers who use Google Wallet will no longer have to juggle cash or credit cards to make purchases.

The public-private partnership with Google Inc. was developed at no cost to NJ TRANSIT.