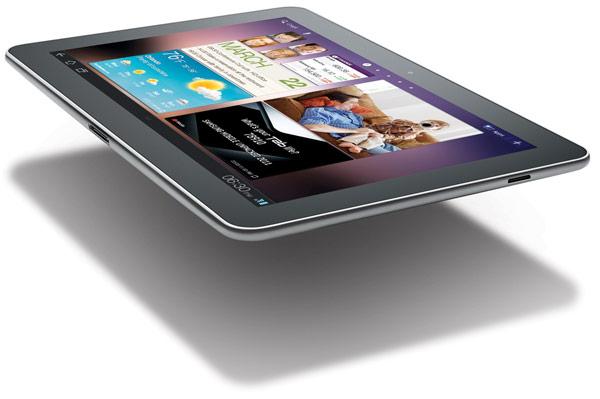 At AsiaD this week, Google's Andy Rubin noted that there were at least six million Android tablets in use. That number included only those running Google services. One could question whether the briskly selling Nook Color -- which is not open to Android apps at large -- is relevant to that tally, at least from a developer perspective. It will certainly be the case, though, that the Kindle Fire -- also expected to be a hot seller -- will be an important addition to the number moving forward.

Still, Rubin conceded, it was a tally far behind that of the 30 million cumulative units of the iPad, which broke open the modern-day tablet category, extended its lead with the iPad 2, and will likely see another revision this coming spring. When Apple introduced its tablet device, it set a precedent for third-party developers by rewriting core applications to take advantage of the iPad's larger display with "HD" versions. And while there are still far fewer native iPad apps than iPhone apps, Apple is far ahead in the race for native tablet software.

But not everyone wants to join that race.

In contrast to Apple, Google has not differentiated between Android apps optimized for smaller screens on handsets and larger ones on tablets. While Honeycomb represented an operating system just for tablets, Google doesn't believe that apps should follow suit. As a result, while many Android apps run on Honeycomb, they exhibit a spartan, airy feel resulting from a stretched-out phone experience. Google -- via Android Market -- has done little to highlight which apps provide a superior tablet experience.

During the Gingerbread / Honeycomb split, it was perhaps more understandable that Android developers would hold off on supporting tablet dimensions until the reunification of the platform that has occurred with Ice Cream Sandwich. Now, though, Google puts forth that a well-written Ice Cream Sandwich app should run well -- (does that imply scale?) -- on smartphones and tablets (as well as TVs). Android, infamous for its variation among multiple screen sizes, has in a small way turned the tables on Apple, which admits that the iPad and iPhone represent two separate iOS targets.

This will come at a cost. Without any objective criteria for what constitutes an Android tablet app, the degree of "tablet-readiness" will likely vary significantly among apps. The iPad will likely continue to deliver a better overall tablet app experience because iPad apps are optimized for its screen size. The advantage thus falls to Apple, at least in the short-term.

But looking a bit more deeply into the Android ecosystem shows why conceding a 9.7-inch optimization makes sense. Not only are we seeing Android tablets ship in two main screen sizes of 10.1-inch and 7-inch, but we are seeing many other variations such as the 8.9-inch Galaxy Tab 8.9, the 8-inch Archos 80, and the 5-inch Galaxy Player 5.0. While products such as the 12-inch JooJoo and 14-inch Kno textbook reader had brief or aborted marketplace entries, perhaps we'll even see Android tablets larger than 10-inches. Such expansive canvases would make it easier to read documents such as magazines, textbooks and sheet music.

In the US smartphone market, Android's growth was driven largely by Verizon's promotion of Droid smartphones versus the iPhone. But it wasn't just a carrier push phenomenon. Consumers flocked to the devices, and now, even as Verizon has the iPhone, Android handsets serve as the exclusive smartphone on ramps for its LTE network, greatly incentivizing the carrier to favor those devices. With the tablet market being much less tied to cellular connections, the intermediaries behind Android are not as strong (Kindle Fire notwithstanding), and the iPad remains far ahead of Honeycomb tablets. Over time, though, lower average prices, more configuration options (such as tablets with integrated or detachable keyboards), and better (if not iPad-level) tablet app support, should set up Android tablets to narrow the gap.

Ross Rubin (@rossrubin) is executive director and principal analyst of the NPD Connected Intelligence service at The NPD Group. Views expressed in Switched On are his own.
In this article: all things d, AllThingsD, android, android 3.0, android 4.0, android tablet, Android3.0, Android4.0, AndroidTablet, asiad, asiad 2011, Asiad2011, google, google android, GoogleAndroid, honeycomb, ice cream sandwich, IceCreamSandwich, ics, slate, Switched On, SwitchedOn, tablet, tablet pc, TabletPc
All products recommended by Engadget are selected by our editorial team, independent of our parent company. Some of our stories include affiliate links. If you buy something through one of these links, we may earn an affiliate commission.
Share
Tweet
Share