Crossbows and ziplines used to smuggle iPads into Hong Kong 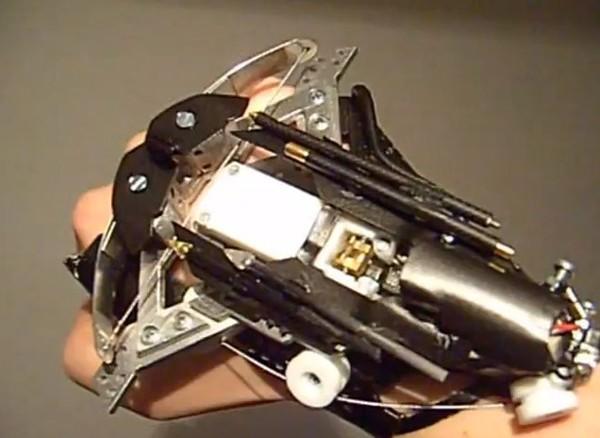 When it comes to all things DIY we tend to be drawn in by odd, internet-connected esoterica and Arduino-powered beer distributors. But, we won't lie, nothing gets us going like a home-crafted instrument of destruction. And, in that vein, may we present you with the wrist-mounted crossbow from homebrew weapon artisan Patrick Priebe. Usually Priebe sticks with lasers but, for this project, he went old school -- as in medieval. The bolt firing wristband isn't without its modern accouterments, though -- a pair of AA batteries and toggle switch are hidden in the palm which power a laser sight for better targeting. We won't waste any more of your time, everything you want to see is contained in the video after the break.

In this article: crossbow, crossbows, DIY, do it yourself, DoItYourself, patrick priebe, PatrickPriebe, weapon, weapons, wrist-mounted, wrist-mounted crossbow, Wrist-mountedCrossbow
All products recommended by Engadget are selected by our editorial team, independent of our parent company. Some of our stories include affiliate links. If you buy something through one of these links, we may earn an affiliate commission.