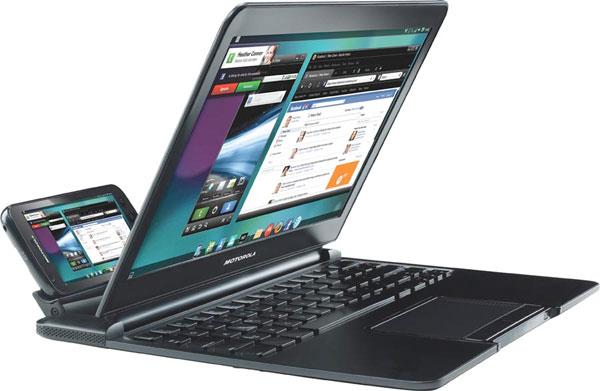 When newly independent Motorola Mobility introduced its Atrix handset on AT&T at CES, the smartphone was generally well-received. But what drew more attention was the range of accessories that the company has continued to support through other high-end launches such as those of the Photon on Sprint and the Droid Bionic on Verizon.

These products now include a car dock for navigation, HDMI dock for entertainment, and lapdock for enhanced productivity. Motorola wasn't the first company to introduce an HDMI dock, and Asus' Padfone embeds a handset more directly into another device than do Motorola's products. Taken together, though, the Motorola dock derby best positions the handset as the heart of a mobile lifestyle -- one that can be easily transplanted so that it can overcome the limitations of its native form factor. It is a fitting push for one of the few smartphone companies not vested in other traditional electronic devices such as PCs or televisions.

With the release of the Droid RAZR, Motorola hearkens back to the thinness and structural integrity of its once wildly popular featurephone. Of course, the new smartphone is generations ahead of its namesake flip phone in terms of software sophistication. But a new generation of Motorola accessories make the case that even smartphones have their limits. At the Droid RAZR launch, the company also announced MOTOACTV, a wearable screen that not only competes with a sudden slew of fitness activity monitors but also acts as a remote user interface for notifications and music control, similar to Sony Ericsson's LiveView.

MOTOACTV isn't the only trick that Motorola has at the end of its sleeve, though. The square-screened device also communicates via Bluetooth to one of two headphone sets that not only play music from the phone, but include sensors to measure your heartbeat. (The headphones can also represent your heartbeat audibly without the MOTOACTV.) With the triad of a smartphone, Bluetooth headphones and the MOTOACTV, Motorola is marketing the first genuine personal area network aimed at consumers.

The company that began the year treating the smartphone as a molecular building block now seems to be breaking it into atoms strewn about your person. But both the larger and smaller accessories (and the accessories' accessories, which include a MOTOACTV wrist strap, armband and bike mount) both simply expand what defines the modern smartphone. In the case of a lapdock or HDMI dock, it's the display. In the case of heartbeat-monitoring headphones or an external screen like the MOTOACTV, it's the size and sensors.

At the launch of the MOTOACTV, Motorola wouldn't commit as to whether it would open up the device to third-party development, but there's already a number of companies -- at least some of which are also using Android -- intent on creating watch-sized devices with a wide range of brands. That quest has been a long one, but what Motorola's modularity demonstrates is that the smartphone software is becoming so entwined in our lives that they are seeping out from the confines of a single device.

Ross Rubin (@rossrubin) is executive director and principal analyst of the NPD Connected Intelligence service at The NPD Group. Views expressed in Switched On are his own.
In this article: atrix, column, google, lapdock, mobilepostcross, motorola, motorola mobility, MotorolaMobility, switched on, SwitchedOn
All products recommended by Engadget are selected by our editorial team, independent of our parent company. Some of our stories include affiliate links. If you buy something through one of these links, we may earn an affiliate commission.
Share
Tweet
Share