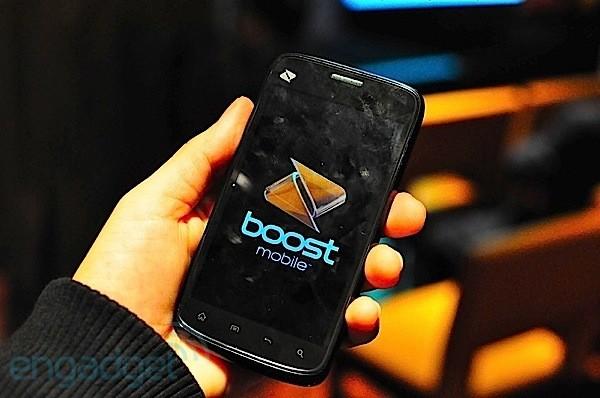 We're here at the Hard Rock Cafe in NYC, where Boost Mobile is showing off its latest prepaid Android smartphone running on Sprint's 3G CDMA network, the ZTE warp. If you'll recall, this 1GHz Gingerbread 2.3.5-equipped device dropped on November 2nd for $250, only to receive a price drop to $200 days later. Boost is citing the Warp's 4.3-inch WVGA (480 x 800) display as the largest of its current offerings, along with its 5-megapixel, LED flash-equipped camera (raising the count up from the two on its $229 Samsung Transform Ultra). The phone is Android Market-compatible and comes with 4GB of internal storage and a 2GB microSD card, which can be maxed out to 32GB. So, did the Warp feel worthy of its moniker in the few minutes we spent with it? Join us past the break for our impressions.


For its moderate price, the Warp certainly feels solid, if a bit plasticky on the front. It's not exactly a premium fit and finish, but it seems well suited for average day to day use. Furthermore, despite its large display (which appeared fairly bright and decently crisp in the dark room we viewed it in), it's is a pleasure to hold in hand, thanks mainly to the textured soft-touch coating on its back plate. Put simply, we didn't sense that phone could easily easily slip out of our hands. On the top of the device, you'll find a 3.5mm headphone jack along the center with a power button on the side. Along the top left is a volume rocker, while on the right side there's a dedicated camera button and a microUSB port. Opening up the snap-on battery cover revealed its 1600mAh battery, as well as a single microSD slot. Lastly, on screen's lower portion are four familiar capacitive buttons for Home, Menu, Back and Search.

Aiding the Warp's 1GHz CPU is 512MB of RAM -- overall, the phone seemed snappy on first impression whether we scrolled through and load loaded apps or played video content from YouTube. One area the device clearly had problems with, though, was its camera. While we can't say much yet in terms of image quality, the cam was slow slow startup and shots didn't snap until a few seconds after we pushed the shutter (be it the dedicated or onscreen button) -- its disappointing considering the camera is a key selling point. The cam can also shoot video, although, we didn't have a chance to test it out, nor get details on its resolution. In terms of customization, Boost's loaded the phone Mobile IDs, which essentially let you make make themed homescreens with specific apps. For instance, the demo device we looked at had an ID for MTV music that was filled with an MTV news ticker along with apps like Pandora. Notably, being that the Warp technically runs over over Sprint's network, Google Voice integration is on offer. Sure, the device may not have Ice Cream Sandwich, a front facing camera or Chirp capabilities, but for $200 dollars off-contract with "unlimited" everything at about $50 bucks a month, we'd say this is a delicious piece of Gingerbread for anyone scared of commitment.