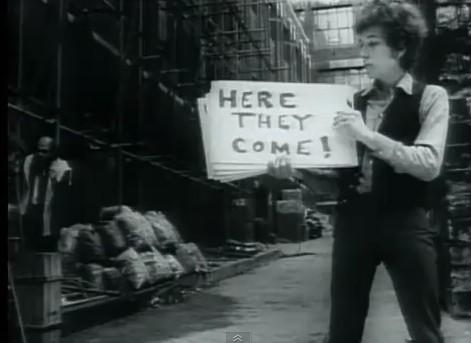 Don't freak out or anything, but at 2 PM EST today, the US government will sound a nationwide alarm. Barring a coincidence of cataclysmic proportion, however, it will only be a test. It's all part of FEMA and the FCC's Emergency Alert System (EAS), which is slated to be tried out on a nationwide level for the very first time. If, like us, you've spent a healthy portion of your life sitting in front of the TV, you're probably familiar with those monthly local alerts that tend to flash across the screen smack dab in the middle of a Saved by the Bell rerun. That's basically what's gonna happen today across the nation's television and radio networks. Some TV viewers will hear that familiar "this is a test" message during the trial, though most will simply see the word "test" run across their screens. The EAS would allow the president to disseminate information to the public in times of real emergency, which is why the government is so eager to make sure it actually works. All told, it'll last about 30 seconds, so plan your End of the World party accordingly. For more details, hit up the source links below.
In this article: alert, disaster, EAS, emergency, emergency alert system, EmergencyAlertSystem, FCC, FEMA, government, hdpostcross, politics, president, PSA, public service announcement, PublicServiceAnnouncement, radio, television, test, trial, tv, white house, WhiteHouse
All products recommended by Engadget are selected by our editorial team, independent of our parent company. Some of our stories include affiliate links. If you buy something through one of these links, we may earn an affiliate commission.
Share
Tweet
Share