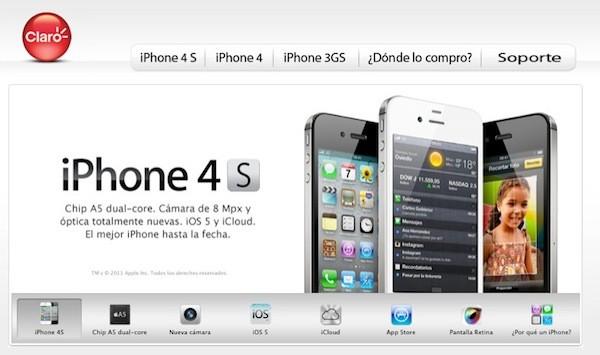 Sure, you can now purchase an unlocked iPhone 4S within the US officially, but folks in the outlying territory of Puerto Rico have some tempting options if they'll go the long-term contractual route. The region's division of carrier, Claro, is now selling the Siri-packed device starting at the low, low price of $99 for the 16GB model on-contract -- those scared of commitment can also snag it unlocked, albeit for a slightly pricey $670 (which as 9to5Mac points out, is up $20 from Apple). The carrier also lists the 32 and 64GB variants as "expected soon," marked to sell at $199 / $299 with a two-year commitment and $770 / $870 unlocked. Notably, you'll have a choice of four monthly plans featuring unlimited talk and text ranging from about 65 to 85 bucks, with data allotments starting at 250MB and peaking at "unlimited." Apparently, Claro isn't offering the 4S for purchase online, but it does list a number of retail locations you can grab one from if you're interested. You'll find more details at the source link below.
In this article: 2-year contract, 2-yearContract, 9to5mac, apple, cellphone, claro, claro puerto rico, ClaroPuertoRico, contract, ios, ios5, iphone, iphone 4s, Iphone4s, mobilepostcross, mobilepostmini, now available, NowAvailable, siri, two-year contract, Two-yearContract, unlocked
All products recommended by Engadget are selected by our editorial team, independent of our parent company. Some of our stories include affiliate links. If you buy something through one of these links, we may earn an affiliate commission.
Share
Tweet
Share