Ford's next Focus RS may be a powerful hybrid 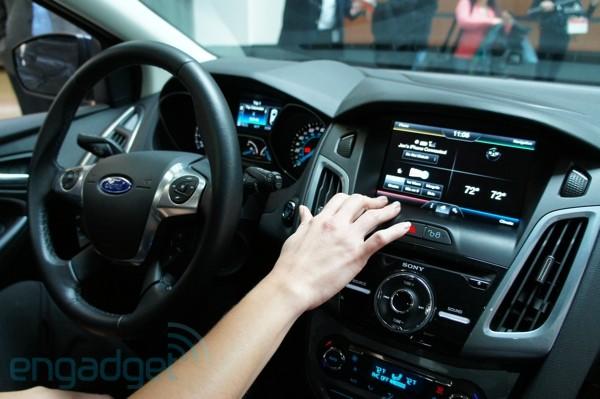 In short doses we've been reasonably impressed with MyFord Touch, the Blue Oval's attempt at bringing the car dashboard into the 21st century. For someone used to touchscreens and virtual controls it's intuitive enough -- but many others have been having issues. Less tech-savvy drivers have been left confused, while a series of technical glitches haven't exactly helped matters. Good thing there's an update coming, but you won't have to wait until the 2013 model year to read our impressions. They're right here after the break.


The biggest and most noticeable improvement comes right on the first page of information. It's been cleaned up and simplified, giving you a quick view at the four main categories of information: Phone, Navigation, Entertainment and climate. Pair your celly and it'll show up in the upper-left. The upper-right tells you about the next turn that's coming up, should you have programmed in a destination. The lower-left displays your current playing radio station or streaming music, while down on the lower-right are toggles for temperature controls.

But these are just snippets of what's available should you dive into any of these screens. Inside the look and feel isn't drastically different than before, but everything looks cleaner and is more finger-friendly. Buttons are larger, graphics are sharper and Ford has added an interesting visual tweak to help identify those that can toggle between a few options. There's now a little pretend LED that shifts about on these toggles, a cue to the user that something happens should you keep on tapping. And you should.

Most importantly, though, everything is all a bit snappier. Ford says interactions are twice as fast and, while we didn't have a stopwatch handy, touchscreen taps or toggles on the steering wheel-mounted controls seem more responsive. What won't be so fast is the upgrade process. This update will ship on 2013 model year cars, which won't be on dealer lots for quite some time.

Thankfully all is not lost if you have an earlier MyFord Touch car: the company will still support you with an upgrade at a dealer or a USB stick mailed directly to you. Apply the upgrade yourself and it'll take a whopping 45 minutes to apply, a time that still beats an hour of stale coffee and stained magazines in your local dealer's waiting room.

Ford isn't saying for how much longer it'll be supporting these original cars -- presumably the free updates won't be around forever -- but it is nice to know that, for once, bleeding-edge early adopters aren't being left out in the cold.
In this article: focus, ford focus, ford infotainment, FordFocus, FordInfotainment, hands-on, infotainment, myford, myford touch, MyfordTouch
All products recommended by Engadget are selected by our editorial team, independent of our parent company. Some of our stories include affiliate links. If you buy something through one of these links, we may earn an affiliate commission.
Share
Tweet
Share