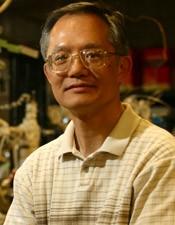 It's not every day that we get to write about advancements in battery technology -- much less one as potentially groundbreaking as what a group of engineers at Northwestern University claim to have pulled off. In fact, Professor Harold Kung and his team say they've successfully managed to increase both the charging capacity and speed of lithium ion batteries by a factor of ten. The key, according to Kung, is the movement of the lithium ions nestled between layers of graphene. The speed at which these ions move across a battery's graphene sheets is directly related to how fast a device can recharge. To speed up this process, Kung decided to poke millions of tiny, 10-20nm-sized holes into a mobile battery's graphene layers, thereby providing the ions with a "shortcut" to the next level. As a result, Kung's perforated batteries were able to charge ten times faster than traditional cells, going from zero to hero in 15 minutes.

Not satisfied with that achievement alone, Kung and his squad then set about increasing their battery's charging capacity, as well. Here, they increased the density of lithium ions by inserting small clusters of silicon between each graphene slice. This approach allows more ions to gather at the electrode and, by taking advantage of graphene's malleable properties, avoids some of the silicon expansion problems that have plagued previous attempts at capacity enhancement. The result? A battery that can run on a single charge for more than a week. "Now we almost have the best of both worlds," Kung said. "We have much higher energy density because of the silicon, and the sandwiching reduces the capacity loss caused by the silicon expanding and contracting. Even if the silicon clusters break up, the silicon won't be lost." There is, however, a downside, as both charging capacity and speed sharply fell off after 150 charges. But as Kung points out, the increase in charge retention would more than make up for this shortcoming. "Even after 150 charges, which would be one year or more of operation, the battery is still five times more effective than lithium-ion batteries on the market today," he told the BBC. For more technical details, hit up the links below.

In this article: battery, breakthrough, charge, charging capacity, charging speed, ChargingCapacity, ChargingSpeed, engineering, graphene, harold kung, HaroldKung, hole, laptop, lithium ion battery, LithiumIonBattery, mobile, nanocluster, northwestern university, NorthwesternUniversity, perforation, recharge, research, silicon
All products recommended by Engadget are selected by our editorial team, independent of our parent company. Some of our stories include affiliate links. If you buy something through one of these links, we may earn an affiliate commission.
Share
Tweet
Share