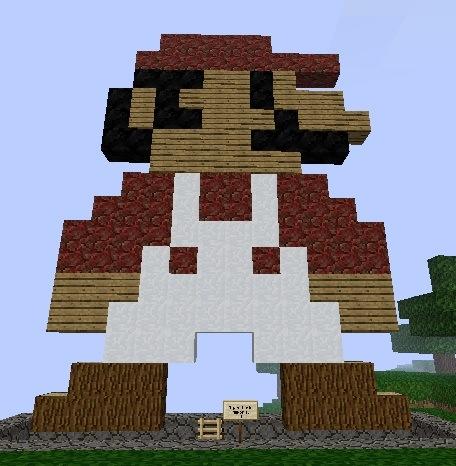 There's homage and there's homage. And then there's three guys spending over 500 hours to recreate the first two minutes and twenty seconds of Super Mario Land using more than 18 million Minecraft blocks. The movie, made by carpenter James Wright, Joe Ciappa and a gamer known as Tempusmori, had the guys running the classic monochrome platformer in an emulator and replicating it pixel-for-wool-block-pixel inside a giant Minecraft Game Boy. The team spent approximately four weeks, working six to seven hours a day with no days off, to create the shots, which were then dropped into a video editor and slowed so each frame displayed for one sixth of a second. Take a gander at the final product and the making-of video after the break for your daily dose of mind blowing.

In this article: blocks, frames, Game Boy, GameBoy, homage, James Wright, JamesWright, Joe Ciappa, JoeCiappa, Mario, Minecraft, recreation, Super Mario Land, SuperMarioLand, Tempusmori, video
All products recommended by Engadget are selected by our editorial team, independent of our parent company. Some of our stories include affiliate links. If you buy something through one of these links, we may earn an affiliate commission.