Facebook brings screen sharing to Messenger on Android and iOS Eric Schmidt was addressing the crowd at Le Web in Paris and recounted a tale when an Android user asked why apps were often written for iOS first, and then ported over to Google's OS. His response? "My prediction is that six months from now, you'll say the opposite." After the uncomfortable silence had died down, he added that Android's "open" model meant the company had volume on its side -- and volume is what he feels will attract developers. He added that Ice Cream Sandwich would redress Android's device fragmentation and the sheer number of hardware makers would ensure that 2012 would be Google's year. At which point, everyone in the audience probably went back to their iPads to read Twitter.
In this article: Android, Android 4.0, Android Market, Android Marketplace, Android4.0, AndroidMarket, AndroidMarketplace, App, App Store, Apple, Apps, AppStore, Ce Oh No, CeOhNo, Developers, Development, Eric Schmidt, EricSchmidt, Ice Cream Sandwich, IceCreamSandwich, ICS, iOS, iOS 5, Ios5, iPad, iPhone, iPod Touch, IpodTouch, Le Web, LeWeb, mobilepostcross, SDK
All products recommended by Engadget are selected by our editorial team, independent of our parent company. Some of our stories include affiliate links. If you buy something through one of these links, we may earn an affiliate commission.
Share
Tweet
Share 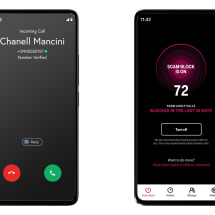