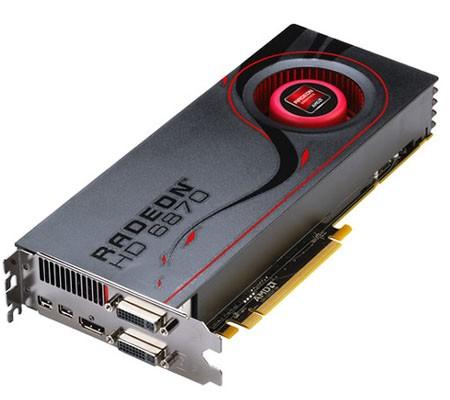 When the certifications come in, you wipe a tear from your eye and ponder how proud you are. On Thursday, the Video Electronics Standards Association announced that AMD's Radeon HD 6000 series graphics cards, including the high-end Radeon HD 6990, are the first to receive DisplayPort Version 1.2 certification. That means the cards are rated to support DisplayPort's 5.4Gbps HBR2 data link speed and also feature increased display resolution, color depths and refresh rates, plus improved support for Full HD 3D stereoscopic displays. For the multiple monitor die-hards, there's also better support for multiple monitors connected to a single DisplayPort receptacle to make your lives easier. Full technical details are in the PR below, but it's good to see a capable card series grow up a bit / become a man.

"As we continue to expand the capabilities of the DisplayPort standard and add benefits for the end user, we are simultaneously increasing the value of device certification for our members," said Bill Lempesis, executive director of VESA. "We look forward to the support and promotion of more certified devices while encouraging others to participate in the compliance program."

About VESA:
The Video Electronics Standards Association (VESA) is an international, non-profit standards association, representing a global network of hardware, software, PC, display, and component manufacturers committed to developing and promoting the electronics industry. VESA's established track record of creating and supporting simple, universal, and cross-product solutions for today's video and electronics industry, such as DisplayPort, provides consumers with the confidence necessary to explore new technology standards, such as multi-monitor streaming, direct drive capability, and Full HD 3D support without confusion or difficulty. For more information about VESA, visit www.vesa.org.