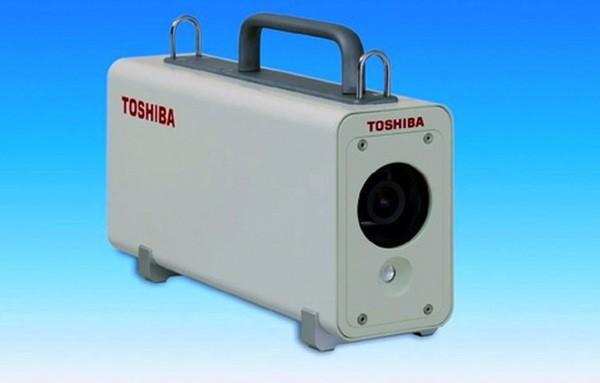 Toshiba's developed a camera that will take the guesswork out of finding radiation hotspots. Since the deadly particles / waves gather together in clumps, cleanup crews have to hunt around blind using geiger counters. The "Portable Gamma Camera" overlays data from a radiation sensor onto a live picture -- areas shaded with red pixels have high radiation, yellow and green is medium and blue is low. Simply point it where you think the trouble is and it'll show you exactly where to avoid. A prototype was used during the initial stages of the Fukushima cleanup and this model's around half the size and it can even run on batteries -- giving you three hours of lifesaving radiation detection.
In this article: Fukushima, Fukushima Daiichi, Fukushima Daiichi Nuclear Power Station, FukushimaDaiichi, FukushimaDaiichiNuclearPowerStation, Geiger Counter, GeigerCounter, Portable Gamma Camera, PortableGammaCamera, Radiation, Toshiba, Toshiba Portable Gamma Camera, ToshibaPortableGammaCamera
All products recommended by Engadget are selected by our editorial team, independent of our parent company. Some of our stories include affiliate links. If you buy something through one of these links, we may earn an affiliate commission.
Share
Tweet
Share