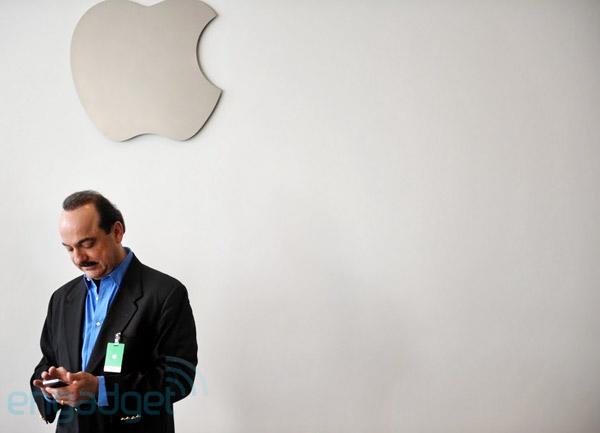 Oddly enough, the main upside of the proposed T-Mobile USA / AT&T tie-up is coming to fruition, despite the fact that neither carrier will be merging into the other. We'd heard shortly after the breakup that both operators would be agreeing to a seven-year roaming deal, but hadn't noticed any specifics on it until now. According to T-Mob's parent company Deutsche Telekom, the two have come to terms on a UMTS roaming agreement for the US (read: no international deals here), which will "allow [T-Mobile] to improve its footprint significantly among the US population and offer its customers better broadband coverage for mobile communications services in the future."

The carrier's population coverage will increase from 230 million potential customers at present to 280 million. As a result of the deal with AT&T, coverage will be extended to many regions of America in which T-Mobile USA previously had neither its own high-speed mobile communications network nor the associated roaming agreements. As if that weren't enough, T-Mobile USA will also receive a large package of AWS mobile spectrum in 128 Cellular Market Areas (CMAs), including 12 of the top 20 markets (Los Angeles, Dallas, Houston, Atlanta, Washington, Boston, San Francisco, Phoenix, San Diego, Denver, Baltimore and Seattle). Oh, and Deutsche Telekom gets $3 billion in cash. #winning
Show full PR text
AT&T and Deutsche Telekom terminate agreement on the sale of T-Mobile USA

U.S. telecommunications company AT&T Inc. and Deutsche Telekom have terminated the agreement on the sale of T-Mobile USA to AT&T. As a result, AT&T will pay Deutsche Telekom the break-up fee agreed in the contract signed by both companies dated March 20, 2011. This is one of the highest payments ever agreed between two companies for the termination of a purchase agreement. It includes a cash payment of USD 3 billion to Deutsche Telekom, which is expected to be made by the end of this year. In addition, it contains a large package of mobile communications spectrum and a long-term agreement on UMTS roaming within the U.S. for T-Mobile USA.

Both companies are in agreement that the broad opposition by the U.S. Department of Justice (DoJ) and the U.S. telecommunications regulator (FCC) is making it increasingly unlikely that the transaction will close. Both companies are of the opinion that important arguments in support of the transaction have been ignored, such as the significant improvement in high-speed mobile network coverage for the U.S. market, as well as the positive employment effects. In addition there was no indication that either authority would move away from it's non-supportive stance in return for concessions from the parties in terms of the scope and structure of the transaction.

The UMTS roaming agreement for the U.S. in T-Mobile USA's favor has a term of over seven years and will allow the company to improve its footprint significantly among the U.S. population and offer its customers better broadband coverage for mobile communications services in the future. Population coverage will increase from 230 million potential customers at present to 280 million. As a result of the agreement with AT&T, coverage will be extended to many regions of the U.S. in which T-Mobile USA previously had neither its own high-speed mobile communications network nor the associated roaming agreements.

The termination of the agreement means Deutsche Telekom will go back to reporting T-Mobile USA as continuing operations in future. Deutsche Telekom's guidance for the 2011 financial year remains unchanged as a result of this development, with adjusted EBITDA of around EUR 19.1 billion expected. At EUR 6.5 billion, free cash flow is forecasted to remain at the prior-year level or increase slightly. The guidance includes the T-Mobile USA contribution based on the average exchange rate in 2010 of USD 1.33 per euro. The free cash flow forecast does not include the settlement payment of EUR 0.4 billion relating to PTC in Poland or the cash payment of USD 3 billion from the break-up fee to be paid by AT&T.

Deutsche Telekom's dividend policy also remains unchanged. The annual dividend payments are subject to the necessary board resolutions and other legal requirements.

Even following the termination of the agreement with AT&T, Deutsche Telekom exepects to remain within the communicated ranges for certain financial performance indicators used to assess the financial performance of the company. These are as follows: The ratio of net debt to adjusted EBITDA of the Group is to be between 2 and 2.5, the equity ratio is to be between 25 percent and 35 percent, gearing (ratio of net debt to shareholders' equity) between 0.8 and 1.2, and liquidity reserves is to cover maturities of at least the next 24 months.

Deutsche Telekom would like to express its gratitude to AT&T and to Randall Stephenson and his team for the positive cooperation over the past few months. Our working relationship was characterized by fairness and respect at all times.
In this article: 3g, agreement, att, aws, business, carrier, Deutsche Telekom, DeutscheTelekom, doj, fcc, industry, mobilepostcross, network, roam, roaming, t-mobile, t-mobile usa, T-mobileUsa, UMTS
All products recommended by Engadget are selected by our editorial team, independent of our parent company. Some of our stories include affiliate links. If you buy something through one of these links, we may earn an affiliate commission.
Share
Tweet
Share