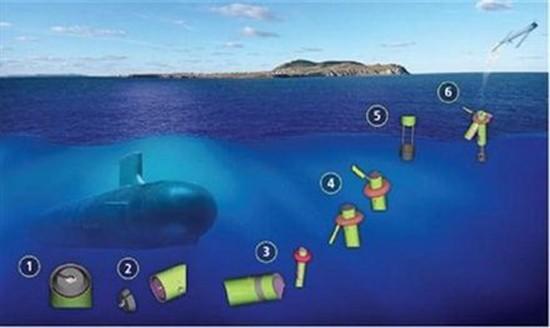 VTOL may be old news already, but here's another great USP for any UAV: the ability to launch from a submerged submarine. The technology is still in development, but the Navy wants to try it from periscope depth during exercises in the Pacific Ocean next year. If all goes to plan, a Switchblade folding-wing drone will be ejected from the submarine's trash disposal unit and then carried to the surface by an SLV ('submerged launch vehicle'), which will keep it dry, point it into the wind and then hurl it heavenwards so it can go a-snooping. Whether the experiment succeeds or fails, we've glimpsed a worrying possibility: submarines are capable of dumping their trash right into the ocean. Until now, we sort of assumed they took it home with them.
In this article: AeroVironment, AeroVironment Switchblade, AerovironmentSwitchblade, drone, military, military exercise, MilitaryExercise, Navy, Raytheon, rimpac, RIMPAC 2012, Rimpac2012, SLV, spy plane, SpyPlane, submarine, submerged launch vehicle, SubmergedLaunchVehicle, Switchblade, UAV, underwater, unmanned aerial vehicle, UnmannedAerialVehicle, wargadget
All products recommended by Engadget are selected by our editorial team, independent of our parent company. Some of our stories include affiliate links. If you buy something through one of these links, we may earn an affiliate commission.
Share
Tweet
Share