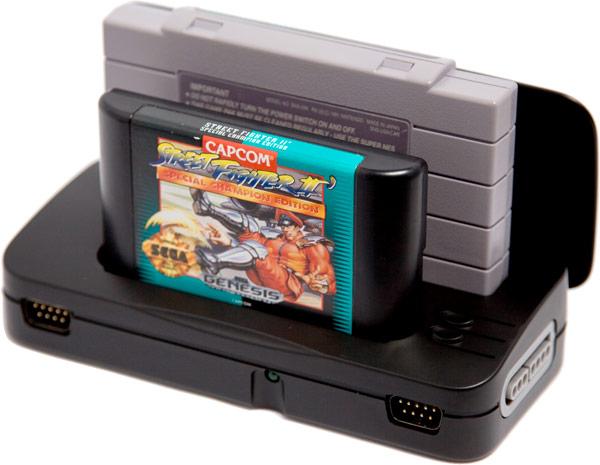 We were already head over heels for the original Retrode, and we've gotta say -- version 2.0 looks mighty good in that attire. As the story goes, the product shown above is the result of some three years of toiling, with the second iteration handling cartridges for Sega Genesis and Super Nintendo. In fact, there's a pair of ports on here, enabling one cart from each console to be loaded up and carried around. Users need only to find and install an emulator on their machine, plug a cartridge and / or an associated controller into the device and then connect the Retrode 2 to one's computer via USB. Once you've loaded a ROM into your emulator, configured your controller and canceled every appointment on your calendar for the next 48 hours... well, you're in for quite a weekend of retro gaming nirvana. It's up for pre-order now in the source link for $84.99, with shipments expected to begin on January 23rd.
In this article: accessory, cartridge, controller, emulation, emulator, gaming, genesis, nintendo, now shipping, NowShipping, peripheral, retro, Retrode, Retrode 2, Retrode2, ROM, sega, sega genesis, SegaGenesis, ship, shipping, ships, snes, super nintendo, SuperNintendo, usb, usb adapter, UsbAdapter, vintage
All products recommended by Engadget are selected by our editorial team, independent of our parent company. Some of our stories include affiliate links. If you buy something through one of these links, we may earn an affiliate commission.
Share
Tweet
Share