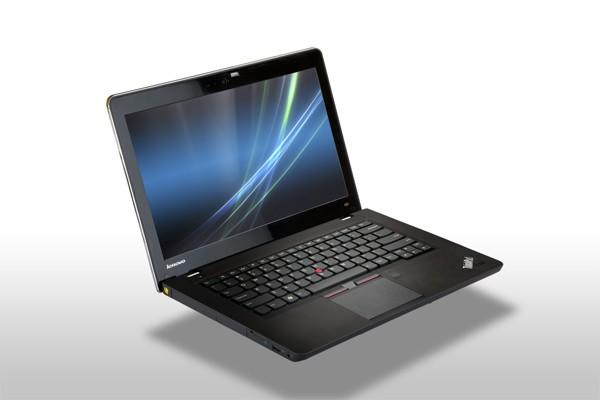 In addition to rolling out a ThinkPad X1 running Android and a buttoned-up Ultrabook, Lenovo announced a handful of mainstream laptops aimed at the small business set. Starting at the high end, the 14-inch Edge S430 (pictured) looks the part of a traditional ThinkPad (nay, IBM box), though Lenovo's sprinkled in metal accents and whittled the chassis to a reasonably narrow .8 inches (20.3mm). As the cream of this crop, it packs Dolby Home Theatre sound, optional NVIDIA Optimus graphics, up to 1TB in storage and Thunderbolt (!), making this the first Windows PC to make use of that standard.

Moving on down the line, the 14-inch Edge E430 and 15-inch E530 give you a choice of Intel Core processors and AMD Fusion APUs. These, too, can be configured with discrete graphics and 1TB hard drives, though being the less-premium systems they are, you can get them in more playful colors like red and cobalt blue. If you crave a little more portability, Lenovo's also offering smaller versions, the 11-inch E130 and the 13-inch E330. Only have $400 to spend? The budget B480 and B580 bring Fusion and Core CPUs, USB 3.0 and 1TB hard drives, at the high end. The S430 will start at $749 when it hits select markets in June, but the rest will arrive in April, with the ThinkPad Edge models going for $549-plus and the B-series laptops fetching $399 and up. Though the 11- and 13-inch Edge laptops and the B-series notebooks will only be offered in certain markets the 14-inch E430 and 15-inch E530 are slated to ship worldwide. More info in the press release, just past the break. 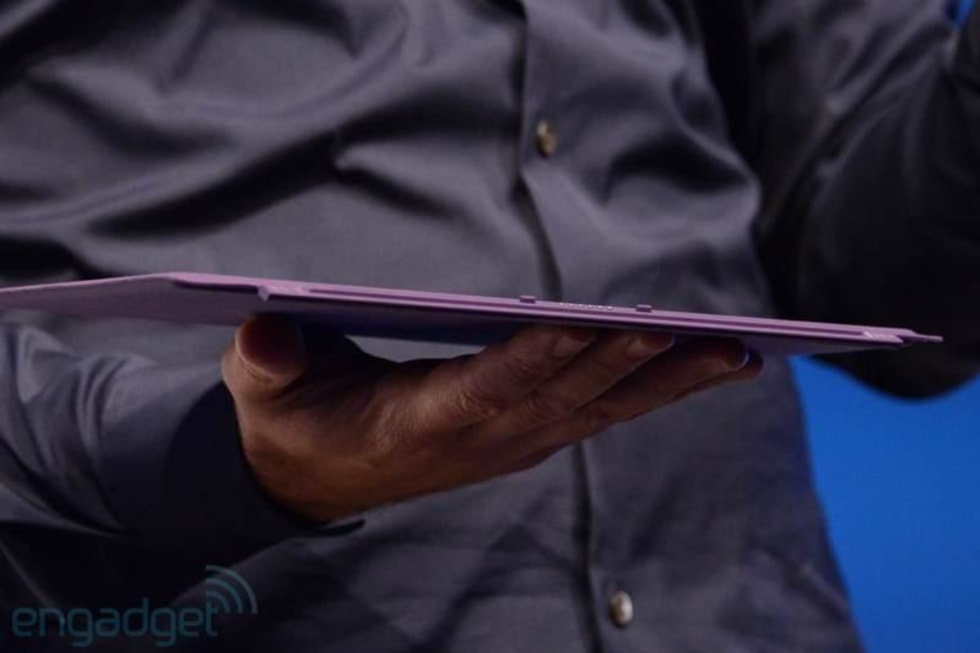 "Small businesses are demanding a laptop that can do it all – they want great performance for work tasks and an excellent experience for their own personal computing," said Luis Hernandez, vice president, ThinkPad Edge Business Unit, Lenovo. "The new ThinkPad Edge laptops exceed these expectations with extras like a new progressive design, speedy boot up and easy management features."

The 14-inch laptop also comes packed with the features SMBs need to succeed with choices of the latest Intel Core processors, a DVD burner or a second hard drive for up to 1 TB of storage, choices of Intel integrated or NVIDIA Optimus graphics, Dolby Home Theatre v4, USB 3.0 ports and Intel ThunderboltTM technology. With Thunderbolt, users can transfer a full-length HD movie in less than 30 seconds and backup a year of continuous MP3 playback in just over 10 minutes. The laptop also comes with Lenovo Solution Center powered by Intel Small Business Advantage, a set of tools allowing remote management for energy savings and deploying updates.

Designed to Perform - ThinkPad Edge Laptops
The new ThinkPad Edge 14-inch E430 and 15-inch E530 laptops give SMBs the freedom to choose their level of performance with options of the latest Intel Core processors or AMD Fusion APUs (on the E435 and E535 models) with choices of integrated or discrete graphics. The laptops also feature fast boot up, up to 1 TB of storage that can be combined with solid state drive storage, USB 3.0 ports and a high resolution web camera. The laptop models with the latest Intel Core processors also include Lenovo Solution Center powered by Intel Small Business Advantage. The smaller 11.6-inch ThinkPad Edge and 13.3-inch laptops give SMBs the ability to optimize their performance and mobility with the latest Intel Core processors on the E130 and E330 or AMD Vision Accelerated processors on the E135 and E335 laptops.

Essential Computing - Lenovo B Series
The Lenovo B Series laptops provide entry users the essential technologies they need to affordably accelerate their productivity. Equipped with choices of the latest Intel Core processors (on the B480 and B580) or AMD Fusion APUs (on the B485 and B585 models) along with integrated or discrete graphics, these laptops offer extreme value, starting at just $349. Users can also extend their productivity with features including up to 1 TB of storage, USB 3.0 ports, an HDMI out port and 4-in-1 multicard reader. Like the other laptops with the latest Intel Core processors, the B Series laptops come with Lenovo Solution Center powered by Intel Small Business Advantage.