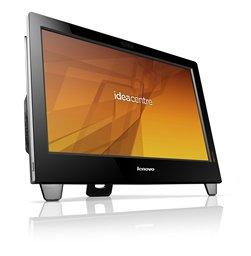 Ultrabooks might be the belle of the ball at this year's CES, but that doesn't mean you won't see a few desktops thrown in for variety's sake. Lenovo just unveiled a quartet of stationary machines, including two towers and a pair of touchscreen all-in-ones. Beginning with those touchscreens, the IdeaCentre B340 and B540 are essentially the same system, except the former has a 21.5-inch screen and the latter expands to 23. Both have 1080p displays and can be configured with up to 8GB of RAM and 2TB of storage, an optional Blu-ray drive and 3D tech. The only variation in specs, so far as we can tell, is that the 21.5-inch version maxes out with a 1GB NVIDIA GeForce 615M card, whereas for the 23-incher the top-shelf offering is the GeForce GT 650M with 2GB of video memory. Lenovo's also bundled its finger-friendly IdeaTouch software, whose OneKey TV feature lets you toggle between your desktop and TV mode using a picture-in-a-picture. Look for these in June, with an entry price of $699.

Shifting gears to towers, the IdeaCentre K430 is aimed at gamers and other users of the powerful sort, with room for up to 32GB of DDR3 memory and either a 128GB SSD or as much as 4TB in HDD storage, with optional twin hard drives arranged in a RAID0 configuration. And, unlike with Lenovo's more mainstream desktops, you'll get a choice of graphics: a 2GB NVIDIA GeForce GTX660 or, from AMD's camp, a 2GB Radeon HD 7750. Don't need that much muscle? The H520 tower has a compact shape and still accommodates up to 2TB of storage space and 8GB of RAm, along with either a 2GB AMD Radeon HD7570 or a 2GB GeForce GTX630 card. Expect the K430 to arrive in May for $599, and the H520s to follow in June for $499 and up. 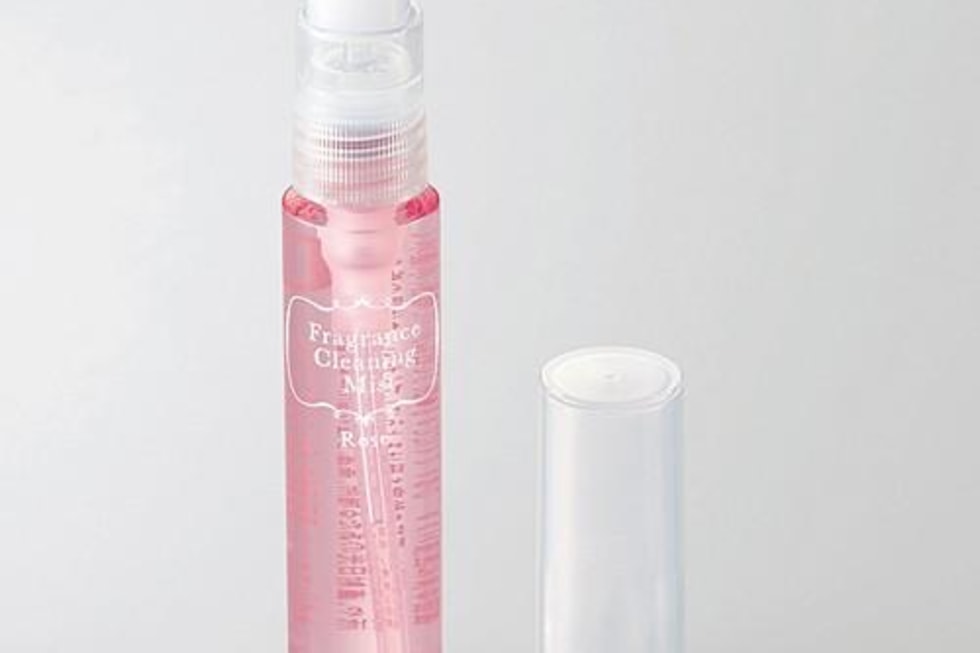 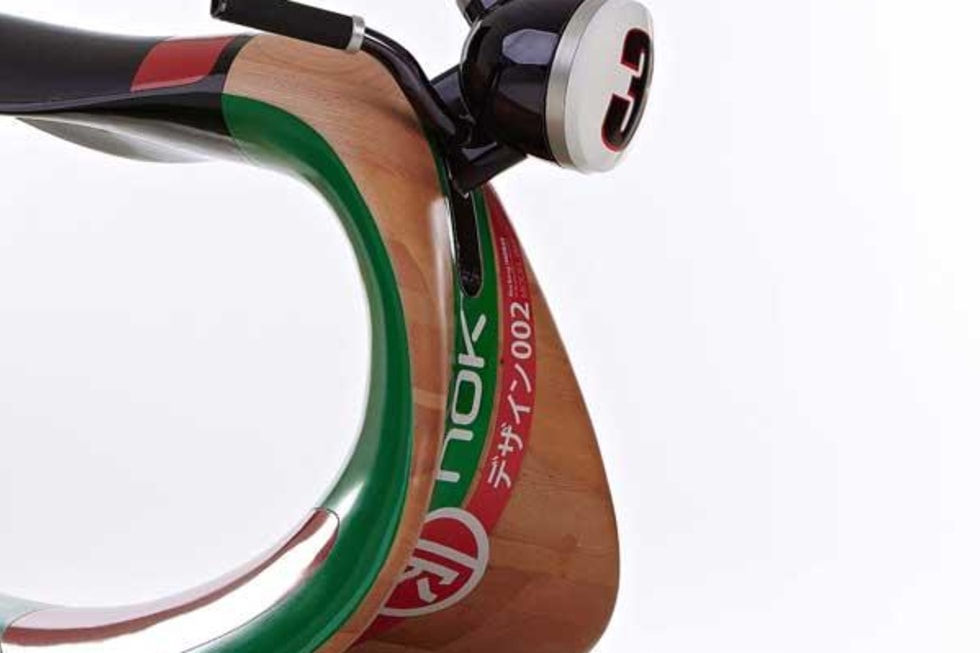 New laptops in the IdeaPad U Series, Y Series, S Series and Z Series provide a full spectrum of styles, colors and performance for every consumer – from mobile professionals to students and everyone in between. New models of IdeaCentre desktops range from the performance K Series to the space-saving multi-touch IdeaCentre B Series All-In-One (AIOs).

"Our new lineup of consumer laptops and desktops for 2012 reflects our commitment to deliver bold products that set the standard for innovation and style in consumer technology," said Peter Hortensius, senior vice president, Product Group, Lenovo. "But as technically innovative as these products are, we are more than ever focused on fun. With improved sound and entertainment capabilities on the inside and unexpected candy-colors on the outside, we believe that these new consumer devices will help deliver the complete computing experience that individual customers are seeking."

IdeaPad U310 and U410 - Ultra Laptops for Style and Performance
Lenovo is expanding its Ultrabook portfolio following the recently announced IdeaPad U300s, with the IdeaPad U310 and U410, two "ultra" laptops with attractive price points. Powered by the Intel Core Processor family, these thin and light performance laptops include Ultrabook versions with 64GB SSD drives for caching data, and versions with up to 500GB Hard Disc Drive (HDD) storage. Both versions feature ultra-responsive performance with fast boot times and quick resume from sleep thanks to Lenovo's Windows 7 Enhanced Experience tuning. The PCs also features other smart elements including Lenovo Smart Update which automatically updates mailbox, instant messaging and social media messages even in sleep mode, with up to eight of hours of battery life.

The ultra slim and light U310 and U410 are ideal for any and all mobile needs, weighing 3.74lbs (1.7kg) and 4.18lbs (1.9kg) and measuring only 0.7" (18mm) and 0.83" (21mm) thick respectively. For optimal visuals when consuming or creating content, the U310 has a 13.3" HD 16:9 display featuring Intel® GMA 3000 HD graphics, while the U410 features NVIDIA® GeForce® 610M 1GB graphics. Weaving fun into a stellar computing experience, the U310 and U410 come with Intel® Wireless Display (WiDi) Technology for wireless use on any big screen. Created with today's fashion savvy consumer in mind, the U310 and U410 are available in an array of fun colors including Aqua Blue, Cherry Blossom, Graphite Gray, Ruby Red, Sapphire Blue and Spearmint.

IdeaPad S200 and S206 - Say Hello to the Fashionable Mini Laptops
Lenovo introduced two mini laptops to fill the computing needs between the netbook and the notebook. The IdeaPad S200 and S206 are lightweight and super thin, without sacrificing computing excellence. Making mobile computing even more convenient, the S200 and S206 comes with a large 11.6 inch HD widescreen and are just 0.81 inches (20.7mm) thick and weigh 2.8 pounds (1.3kg). These slimmer-thanever mini laptops also showcase design details beyond the standard netbook including, a high-quality tactile finish and Accutype keyboard with individual rounded keys.The S200 comes with an Intel® Atom dual core processor and up to 32GB SSD storage, while the S206 features an AMD dual core processor. Created to be an ideal travel companion with up to 4 hours of battery life, these mini laptops allow users to get online in seconds and run basic apps without starting Windows thanks to the Lenovo Quick Start 'instant on' function. Additional features include an integrated 0.3M HD Webcam for seamless video chatting and Web calling, and 802.11b/g/n Wi-F. Select models also have integrated Bluetooth® capability. As a lightweight solution for Web browsing, both mini laptops are available in the following bold hues – Cotton-candy Pink, Crimson Red, Electric Blue, Graphite Grey and Pearl White.

The Z series comes with smart features like the Intelligent Touchpad for easy scroll, zoom and rotate functions, and the Lenovo OneKey® Rescue System for simple data backup and recovery. For a superior entertainment experience, the Z Series come with OneKey® Theater II for one-touch audio-visual optimization for clearer, brighter images and richer sound, and up to NVIDIA® GeForce® GT640M 2GB graphics with DirectX®. Available with screen sizes of 13.3, 14, or 15.6", these laptops come with a backlit LED HD display (1366x768), 16:9 widescreen, integrated DVD reader or Blu-ray Disc™ drive and HD graphics support. HDMI output and Intel Wireless Display (WiDi) Technology allow for easy
enjoyment of all multimedia on a large screen.

IdeaCentre B540 and B340 - High-Performance Touchscreen AIOs
The digital home gets a sleek upgrade with the new IdeaCentre B Series AIO desktops. The B540 uniquely combines a 23 inch full HD frameless screen with state-of-the-art multi-touch and optional 3D vision for a truly powerful and interactive entertainment experience. Powered by the Intel Core Processor family and supporting an adjustable VESA mount, it provides a rich entertainment experience anywhere in the living room. The IdeaCentre B540 also features superior graphics technologies for a great gaming experience with up to NVIDIA GeForce® GT 650M 2GB graphics with DirectX® 11.

Featuring a compact design suitable for any room of the home, the B340 comes with a 21.5" full HD touch-screen display and Lenovo IdeaTouch for an enhanced range of touch-optimized multimedia applications. Along with the B540, the B340 can optionally be configured with OneKey® TV - a unique function to turn the desktop screen into an HD TV at the click of a button, making it easy to switch between TV and PC modes with the picture-in-picture (PIP) function. Users can even watch TV without powering on the PC as the TV hardware is independent of the PC itself. These new AIOs come integrated with entertainment features, such as the Lenovo High-Sense (720p HD) Webcam for high-quality video chats, and a DVD reader or Blu-ray Disc™ drive, making them a great PC for the family.

IdeaCentre K430 - Performance and Upgradeability
The new IdeaCentre K430 traditional tower desktop takes performance and upgrade capabilities to new heights with powerful processing, optional dual graphics support and twin hard drives along with massive memory and storage. It packs a powerful punch with super-fast processing powered by the Intel Core Processor family and up to 32GB of DDR3 memory. For extreme gamers and those that need intensive multimedia support, the IdeaCentre K430 does the job with high-performance dual graphics cards featuring NVIDIA SLI or ATI CrossFireX technology and optional twin hard drives in a RAID0 configuration.

With the K430 users have plenty of storage space with its huge capacity of up to 4TB HDD and up to 128GB SSD storage. The K430 also comes with a custom designed portable 500GB hard drive complete with a Universal Storage Module (USM) interface dock on the front of the PC for convenience that is compatible with other USM portable hard drives. The energy-efficient Power Control Switch with three color-coded speed options, lets users choose between turbo, auto and cool running modes based on the computing load.

Lenovo H520s - Slim, Easy-to-Use Desktop
The new Lenovo H520s offers a slim solution for home computing, at half the size of a standard desktop PC. The H520s combines affordability with a great range of entertainment and processing features, plus Lenovo Assistant – a simple new interface that helps organize favorites, clean history and junk files, and manage the PC's network connections and energy consumption settings.

In this article: all in one, all in one pc, all-in-one, all-in-one pc, All-in-onePc, AllInOne, AllInOnePc, ces, ces 2012, Ces2012, desktop, desktops, H520s, ideacentre, Ideacentre B340, IdeaCentre B540, IdeaCentre K430, IdeacentreB340, IdeacentreB540, IdeacentreK430, K430, Lenovo, Lenovo H520s, lenovo ideacentre, LenovoH520s, LenovoIdeacentre
All products recommended by Engadget are selected by our editorial team, independent of our parent company. Some of our stories include affiliate links. If you buy something through one of these links, we may earn an affiliate commission.
Share
Tweet
Share