This wouldn't be the first time for Lenovo to release a tablet-plus-keyboard combo, though the illusive IdeaPad U1 Hybrid was merely adding Windows to the updated LePad via the keyboard dock. That said, Lenovo's freshly-announced IdeaTab S2 10" is a full package dedicated to Android 4.0, and it sports a 1.5GHz dual-core Snapdragon 8x60A or 8960. Compared to the ASUS Transformer Prime and Samsung Galaxy Tab 10.1, this 10-inch IdeaTab comes close to or even beats them with a 0.34-inch (8.69mm) thickness and a 1.27-pound (580 grams) weight -- certainly much better than its Chinese counterpart, the LePad S2010. Other features include a 1,280 x 800 LED-backlit IPS display, 3G with call support, 1GB LPDDR2 RAM, SSD of up to 64GB, HDMI Micro connection and front (1.3MP) and rear (5MP with autofocus) cameras. As for battery life, the tablet alone can keep cranking for up to 9 hours, and sliding it into the keyboard dock gets you an additional 9 hours plus two USB 2.0 ports, a multitouch trackpad and an SDHC card reader. No word on availability or pricing yet, so we'll keep poking Lenovo until we hear something.

Update: We now have hands-on photos and video -- the latter after the break, as usual. Something interesting we spotted was the grid-like LeLauncher, which consists of square-shaped widgets that expand to bigger widgets or launch the relevant apps. Lenovo's folks also mentioned that compared to the ASUS Transformer series, the S2's "clam dock" slot hinge is designed in such a way that makes it easier to snap the tablet onto it, and we agree with them. 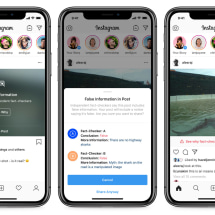