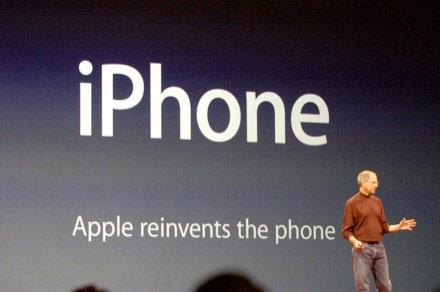 It's been said that Apple has managed to "steal" every CES for the past five years, and without a doubt, it all started on January 9th, 2007. In a day that'll live on in Engadget lore as being one of the zaniest, most overwhelming 24 hours in our history, we can fondly recall shipping Ryan Block a few hours northwest from the halls of the Las Vegas Convention Center to the MacWorld Expo to cover what would go down as one of Apple's most memorable keynotes. What happened after that is evident to just about anyone who has even heard of a mobile phone, with Apple's singular smartphone (yes, the iPhone) going on to but pressure on the likes of Microsoft, RIM and even Google. In fact, we're wondering if humans are still alive today to remember a time before the iPhone. Is that even possible? Will we one day say the same about Siri? Has anyone thought to ask Siri that very question?
In this article: apple, apple iphone, AppleIphone, birthday, ios, iphone, iphone launch, iphone os, IphoneLaunch, IphoneOs, mobilepostcross, smartphone
All products recommended by Engadget are selected by our editorial team, independent of our parent company. Some of our stories include affiliate links. If you buy something through one of these links, we may earn an affiliate commission.
Share
Tweet
Share