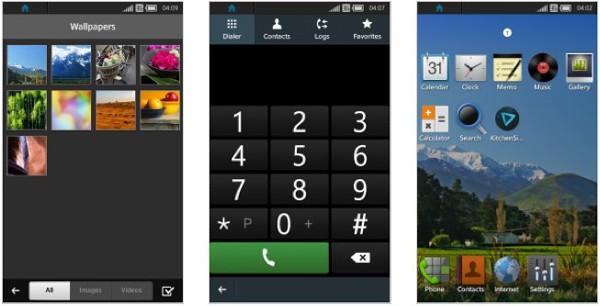 An outfit called Realnorth, which claims to be frustrated by the lack of openness around the Tizen OS, has gotten its hands on the SDK and released some screenshots to prove it. If legit, they reveal a basic UI that seems to be inspired by a range of other OSs -- in addition to Tizen's progenitor, MeeGo -- while also managing to look a bit uninspired. It's hard to know whether the absence of frills like widgets is due to this being an early build, or whether it's because Tizen is intended as a lower-end OS, but either way it's too early to make any harsh judgement. Curiously, the user-agent used to grab the screenshots is listed as a "Samsung GT-I9500," which at the very least reminds us that there's a Tizen-running Sammyphone somewhere on the horizon. In fact, this could even become Bada 3.0.

Update: It turns out the screenshots are indeed legit and come from a "very early preview" of the Tizen OS that is now openly available -- see more coverage at the CNXSoft link below.

In this article: bada, ces, ces 2012, Ces2012, i9500, meego, mobilepostcross, OS, realnorth, samsung, samsung i9500, SamsungI9500, Tizen
All products recommended by Engadget are selected by our editorial team, independent of our parent company. Some of our stories include affiliate links. If you buy something through one of these links, we may earn an affiliate commission.
Share
Tweet
Share