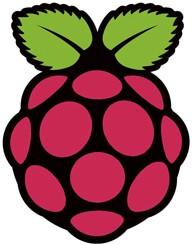 Good news for everyone who's hoping to lay down petty (or exorbitant) change for a relatively well-equipped Linux computer: the Raspberry Pi Model B has officially begun production. Unlike the Model A, this $35 computer board features both an Ethernet adapter and 256MB of RAM (rather than 128MB). Although the company had initially hoped to produce these devices in England, it has since decided to move production to China and Taiwan to satisfy both cost restraints and demand. Designed with the budding programmer in mind, the $25 Model A will enter production at a later time. Unfortunately, there's no firm ship date as the company hasn't yet decided whether to receive its order of 10,000 units in one push or incremental amounts. They tell us to stay tuned, and we're more than happy to oblige.

In this article: computer, developer, developers, hobbyist, linux, model a, model b, ModelA, ModelB, Raspberry Pi, RaspberryPi
All products recommended by Engadget are selected by our editorial team, independent of our parent company. Some of our stories include affiliate links. If you buy something through one of these links, we may earn an affiliate commission.
Share
Tweet
Share