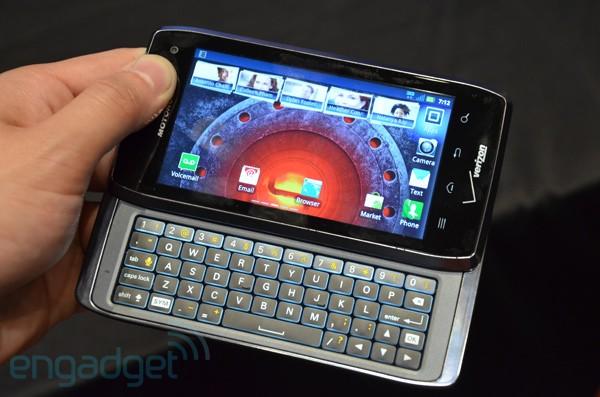 VZW's latest LTE handsets don't make the best travel companions right now. Aside from getting stressed in airports and talking too much on coach trips, they also lack support for global GSM roaming. However, Big Red says it's "working on a few network enhancements" that will let the LG Spectrum and Droid 4 (shown above) work outside CDMA areas -- probably by the first half of this year. It's a nice gesture, but it also reminds us that what we're going to need in future -- full-on data roaming at LTE speeds -- will be a lot trickier to achieve.

In this article: ces, ces 2012, Ces2012, droid 4, Droid4, GSM, lg spectrum, LgSpectrum, LTE, mobilepostmini, motorola droid 4, MotorolaDroid4, roaming, Verizon, VZW, WCDMA
All products recommended by Engadget are selected by our editorial team, independent of our parent company. Some of our stories include affiliate links. If you buy something through one of these links, we may earn an affiliate commission.
Share
Tweet
Share