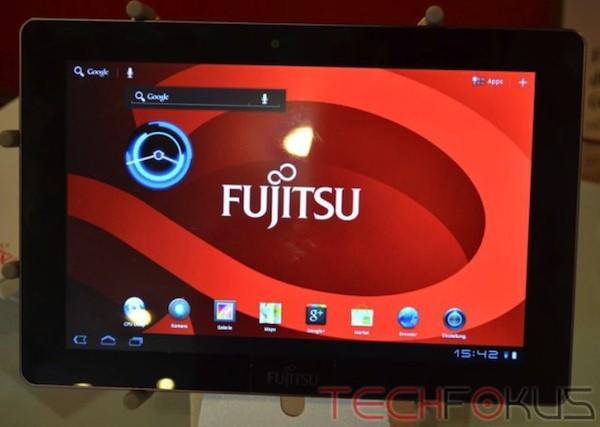 Fujitsu hasn't been a major player in the mobile race on this side of the pond, but it looks like the company's working to change that -- better late than never, right? Last week we spent some time with its "world's thinnest smartphone," the F-07D, and now TechFokus claims to have gotten its hands on a Tegra 3-packing tablet from the Japanese manufacturer that's supposedly set to launch in May. Aside from the aforementioned NVIDIA processor, the slate's also said to come equipped with an "HD" (1280 x 800) display, 16GB of onboard storage and the usual front and rear shooters, at 3 and 8 megapixels, respectively. The tablet, dubbed Stylistic m532, is expected to carry a €499 (around $630) price tag, and although it is currently rocking Honeycomb, it's expected to hit the masses adorned with Ice Cream Sandwich. By the looks of it, there's nothing to write home about here, but you can be the judge by checking out the video after the break.

In this article: fujitsu, fujitsu m532, fujitsu tablet, FujitsuM532, FujitsuTablet, Ice Cream Sandwich, IceCreamSandwich, ics, m532, Nvidia, Nvidia Tegra, slate, stylistic m532, stylistic m532 tablet, StylisticM532, StylisticM532Tablet, video
All products recommended by Engadget are selected by our editorial team, independent of our parent company. Some of our stories include affiliate links. If you buy something through one of these links, we may earn an affiliate commission.
Share
Tweet
Share